Out of this world

The intricate complexity and beauty of life.

At what age did you first realise you had a creative interest?

I drew a lot as a child and at the age of 14 started oil painting. At that time I thought I would become a painter.

What drew you to the field of computer illustration?

From the early 90s on I spent a lot of time with computers. I saw clearly that one day I would be able to realise my creative interests with the help of computers.

As the first workstations and 3D programmes became reasonably affordable for single users, around the end of the 90s, I started my career as a 3D artist. 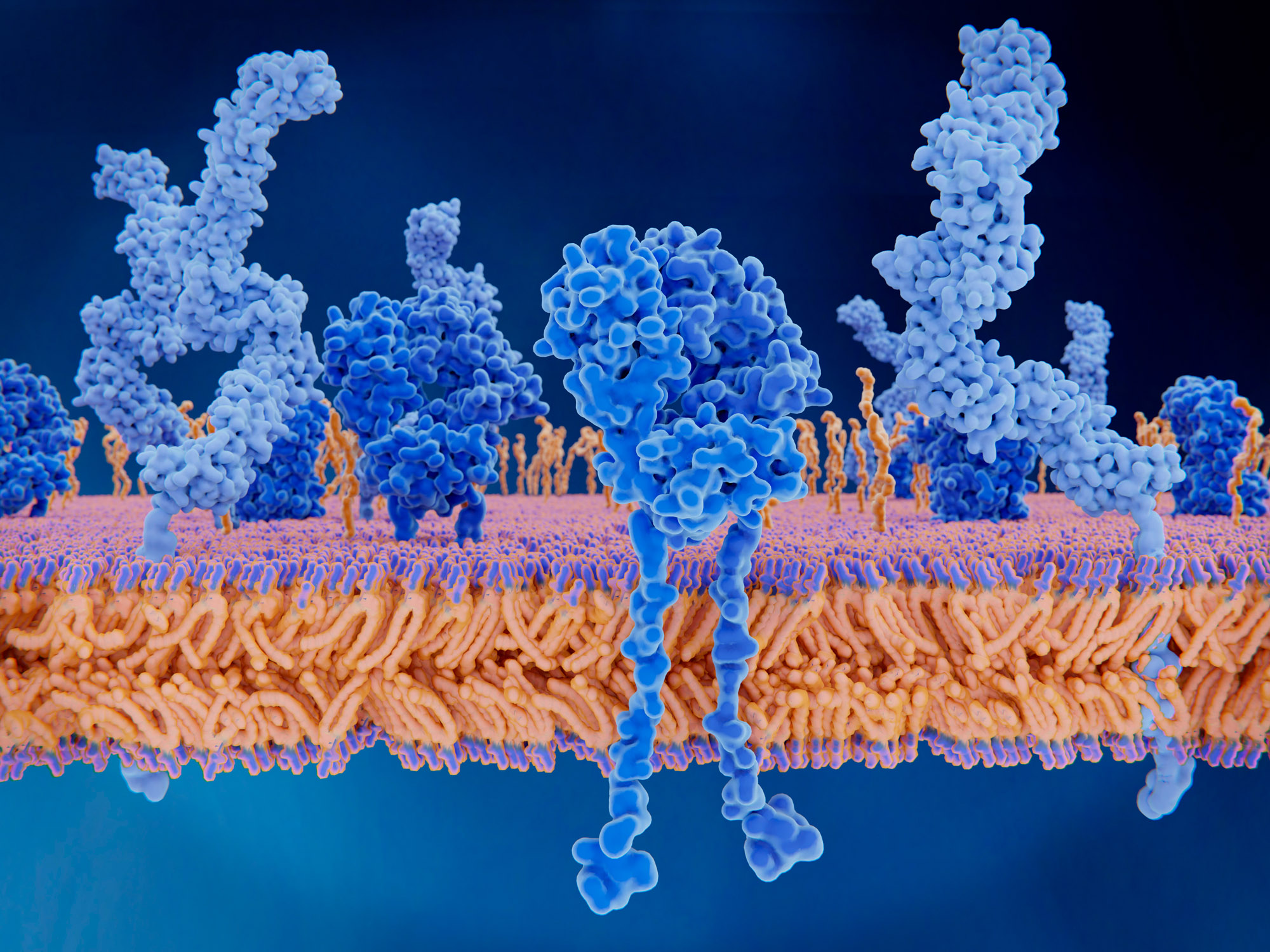 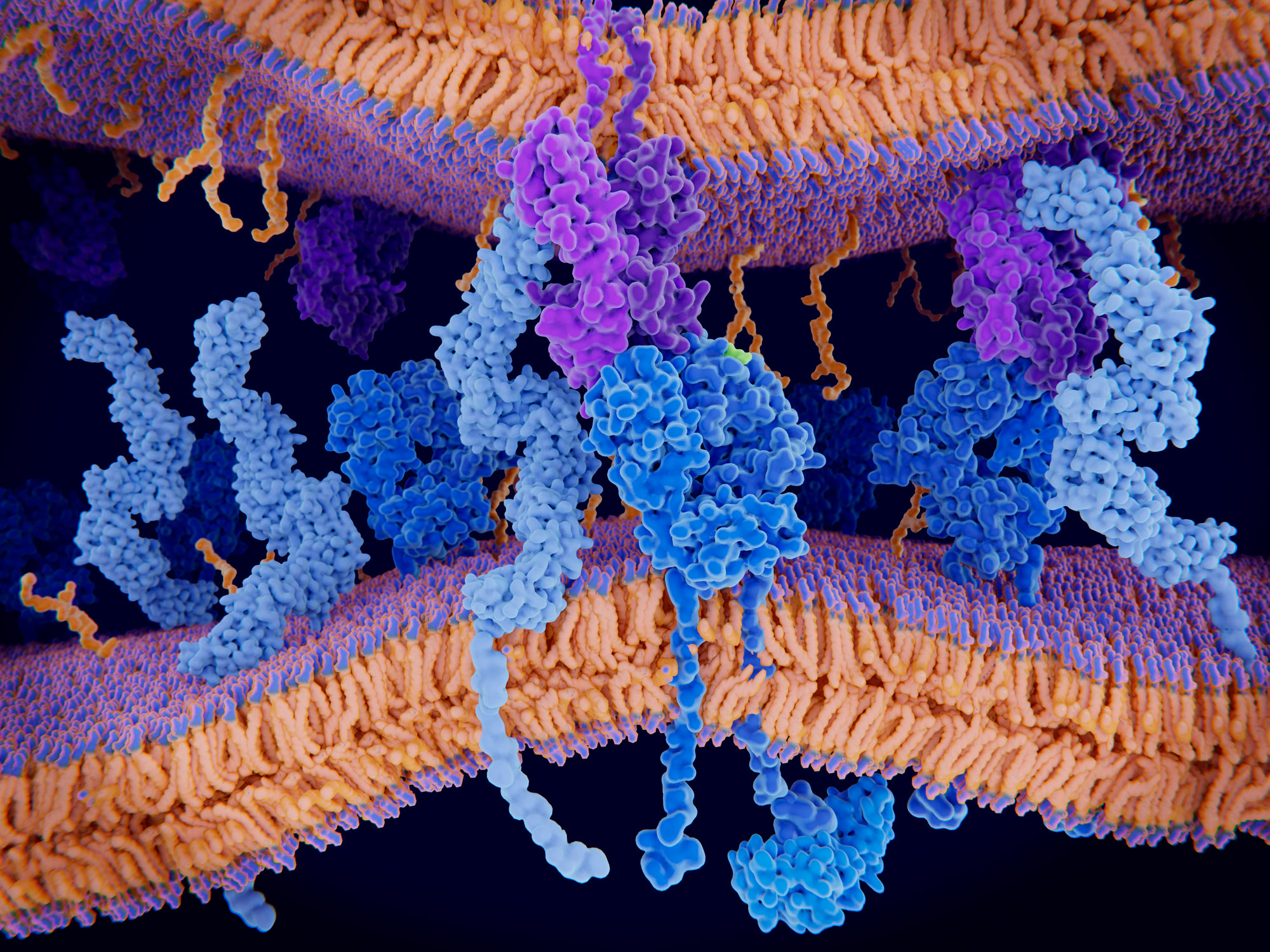 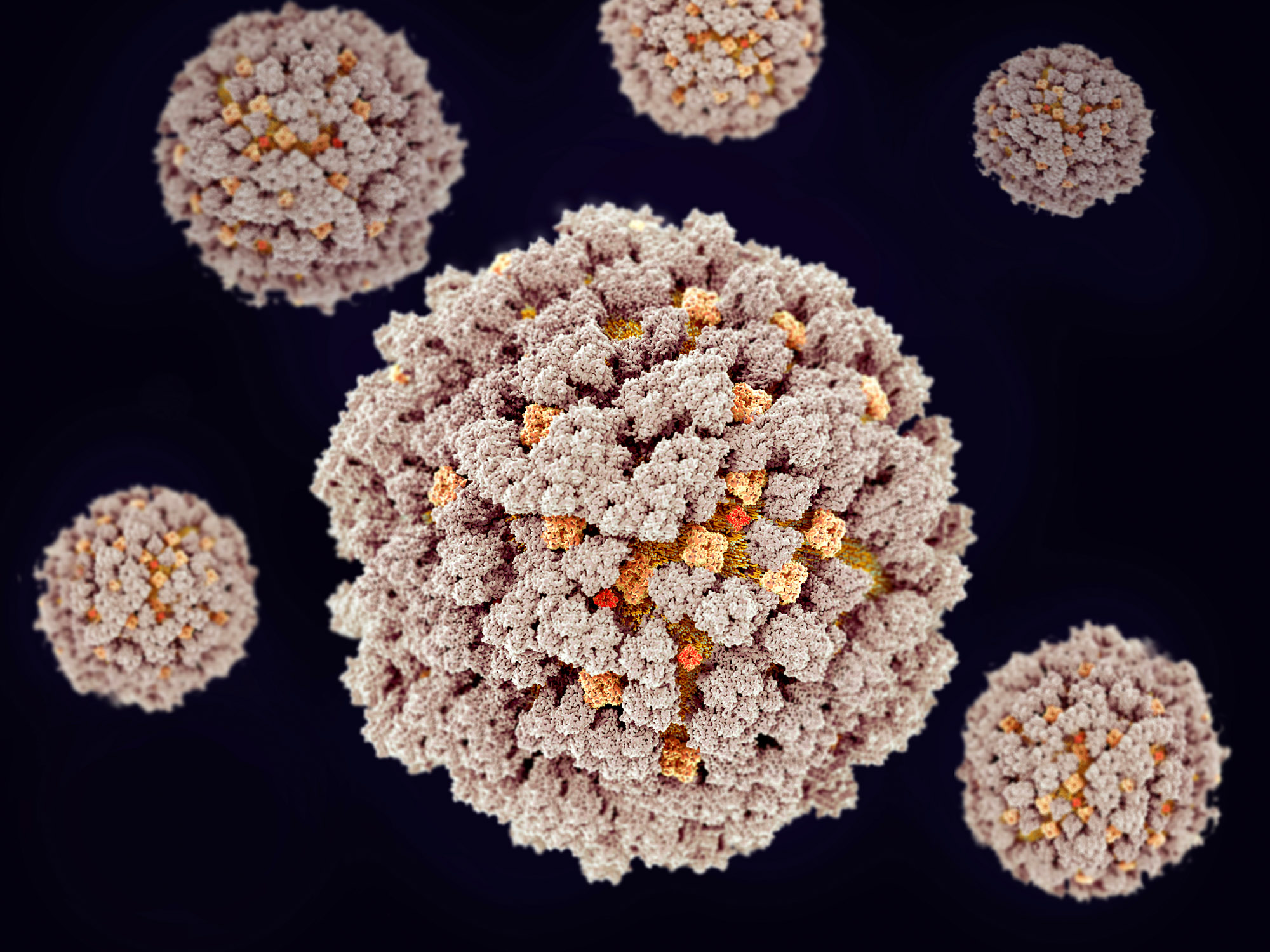 Your imagery relies on a deep understanding of science at the molecular level. What pathway lead you in this direction?

I studied chemistry in Freiburg, Germany, and wrote my thesis on protein structures. I was always very interested in biochemistry but didn’t want to work in a laboratory.

Making scientific illustrations and animations was the best way to combine my creative and scientific interests.

It is a field of science that is comparatively young and rapidly changing. How do you keep up with new scientific developments?

Since I’m very interested in science, I read a lot of online and offline scientific publications. This is where I get my inspiration for new images and animations. 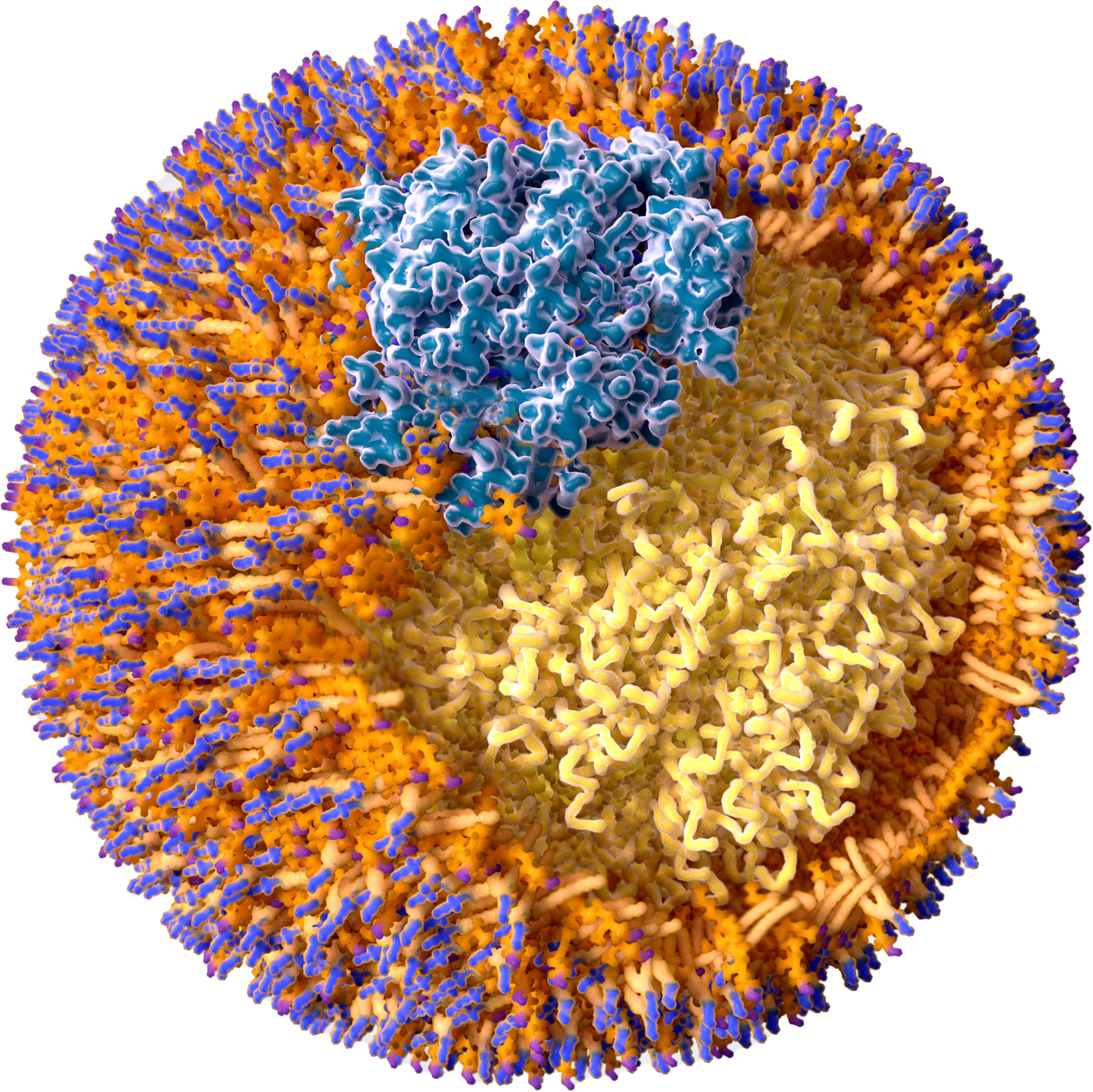 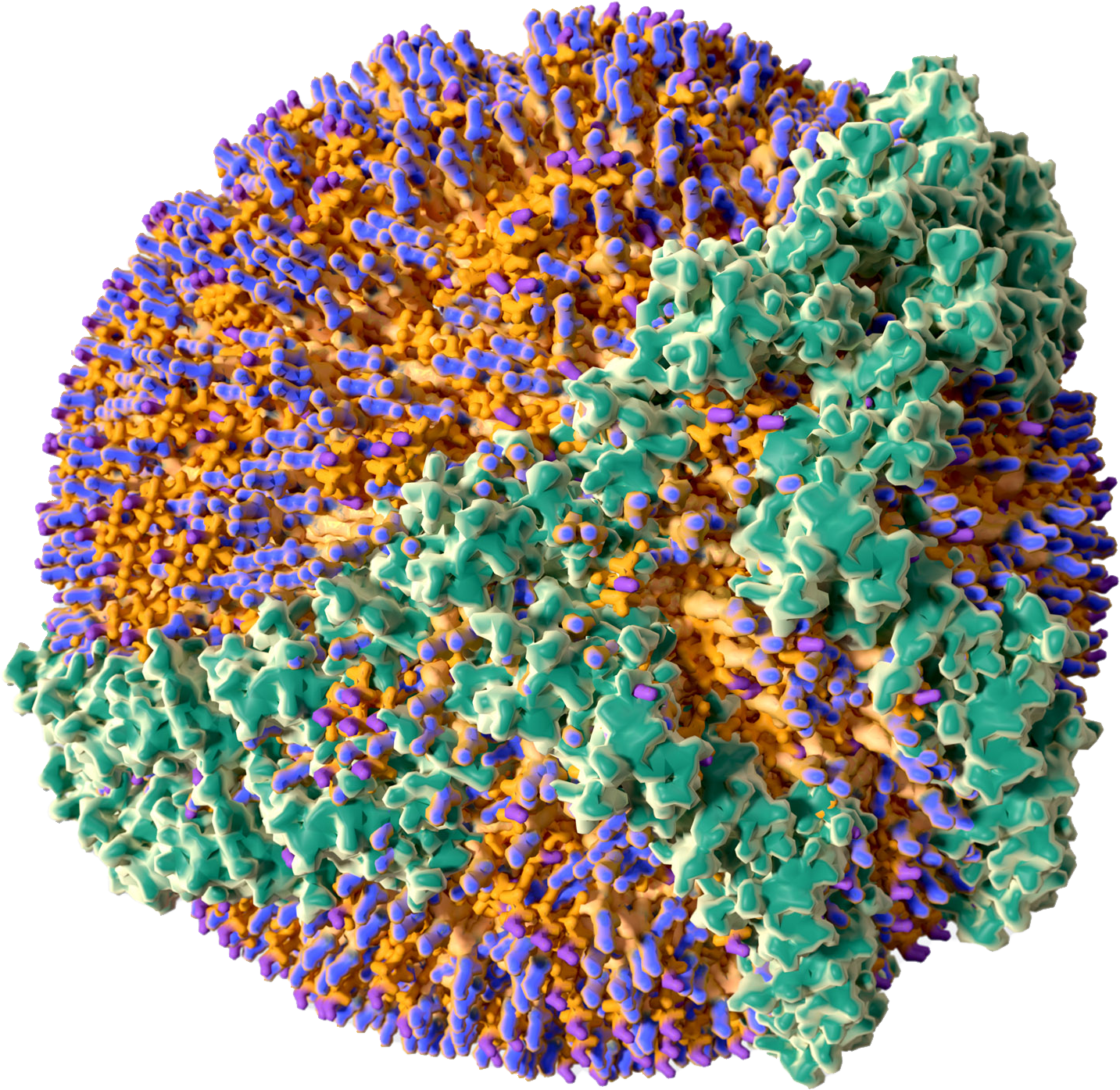 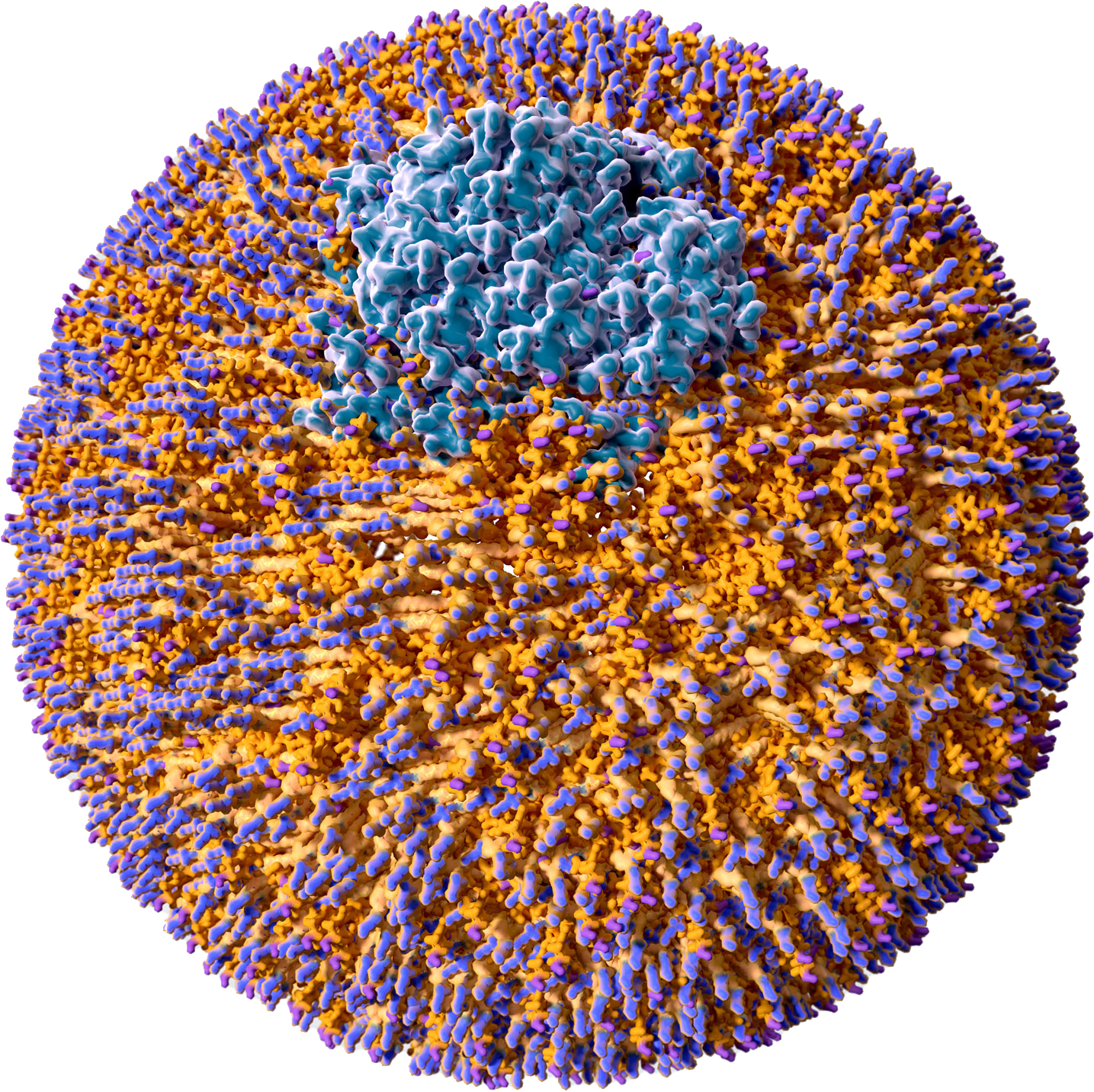 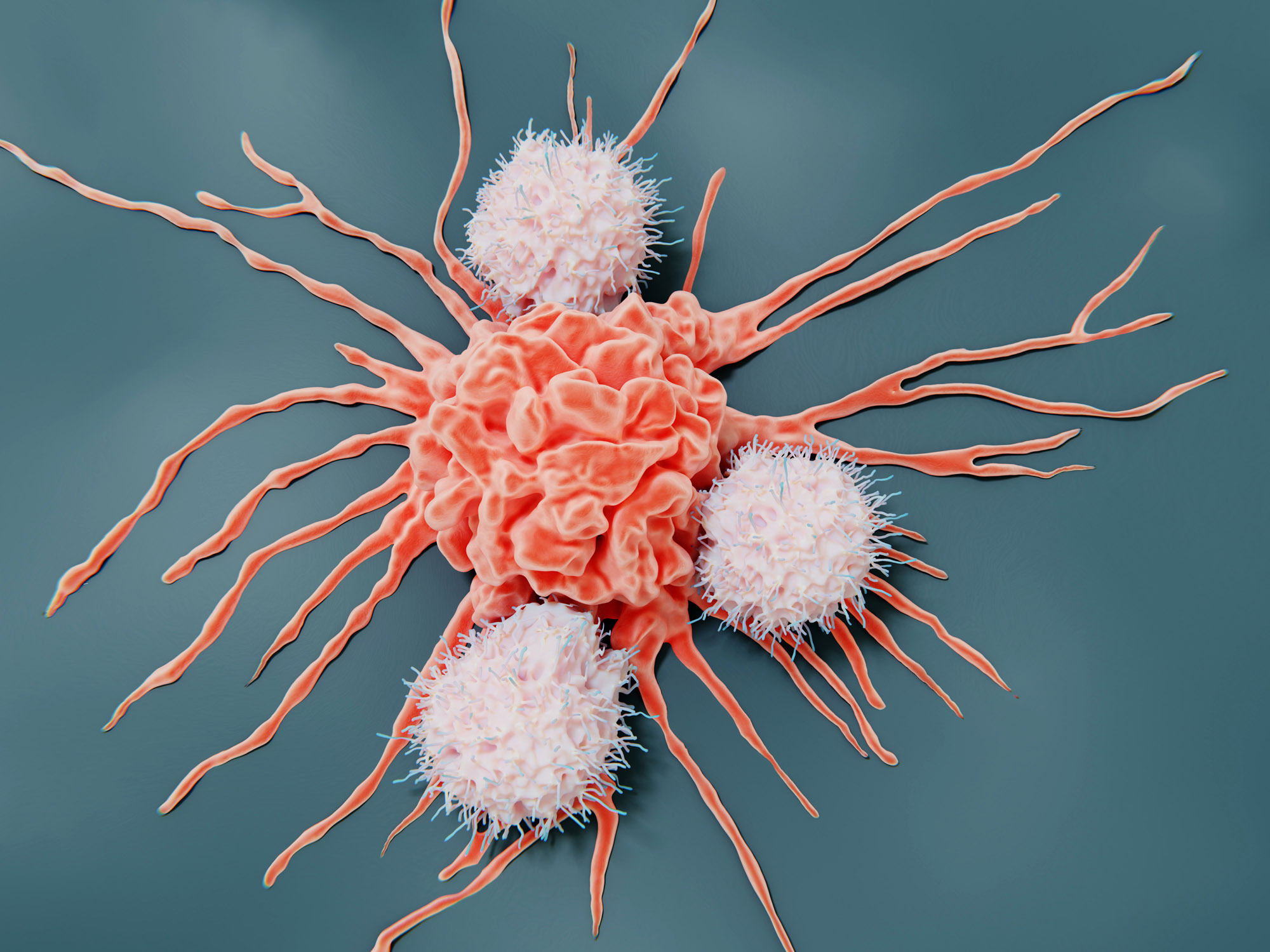 Where do you look for inspiration to illustrate your ideas?

My greatest inspiration is coloured scanning electron microscope images such as the ones from Steve Gschmeissner, also the wonderful and incredibly informative watercolour illustrations of David Goodsell, and, last but not least, my own imagination of molecular and cellular processes.

Who are your artistic influences?

As I mentioned, scientific illustrations by David Goodsell have thrilled me and induced an imperative need to produce similar images in 3D and animation, but also the incredibly detailed and informative animations of the people around WEHImovies.

In classical art, I love the lighting freedom of Rembrandt, just showing a small part of a scene, but I can seldom reproduce it in my scientific illustrations.

You have a distinctive style, partly attributable to your rich choice of colour. How did this come about?

I always try to figure out what molecules look like, but the actual scientific tools to examine them only give us a frozen and indirect impression of the molecular world. The great majority of molecules and macromolecules have no colour so I’m totally free to choose those I want.

My style is evolving. I keep searching for new ways to depict the microworld that combines a closeness to our scientific knowledge and is also aesthetically pleasing.

How challenging and time consuming is the process of creating?

It varies enormously, depending on the complexity of the image or animation. For example, my image about the excitatory synapse that was influenced by a David Goodsell illustration took me several days of work until I was satisfied with the result.

I had to gather up to 10 different protein structures and treat each of them before importing them into Blender, my preferred 3D software. Then I distributed them in a 3D scene, reproducing the approximate concentration of real synapses and at the same time making each protein clearly visible to the viewer. 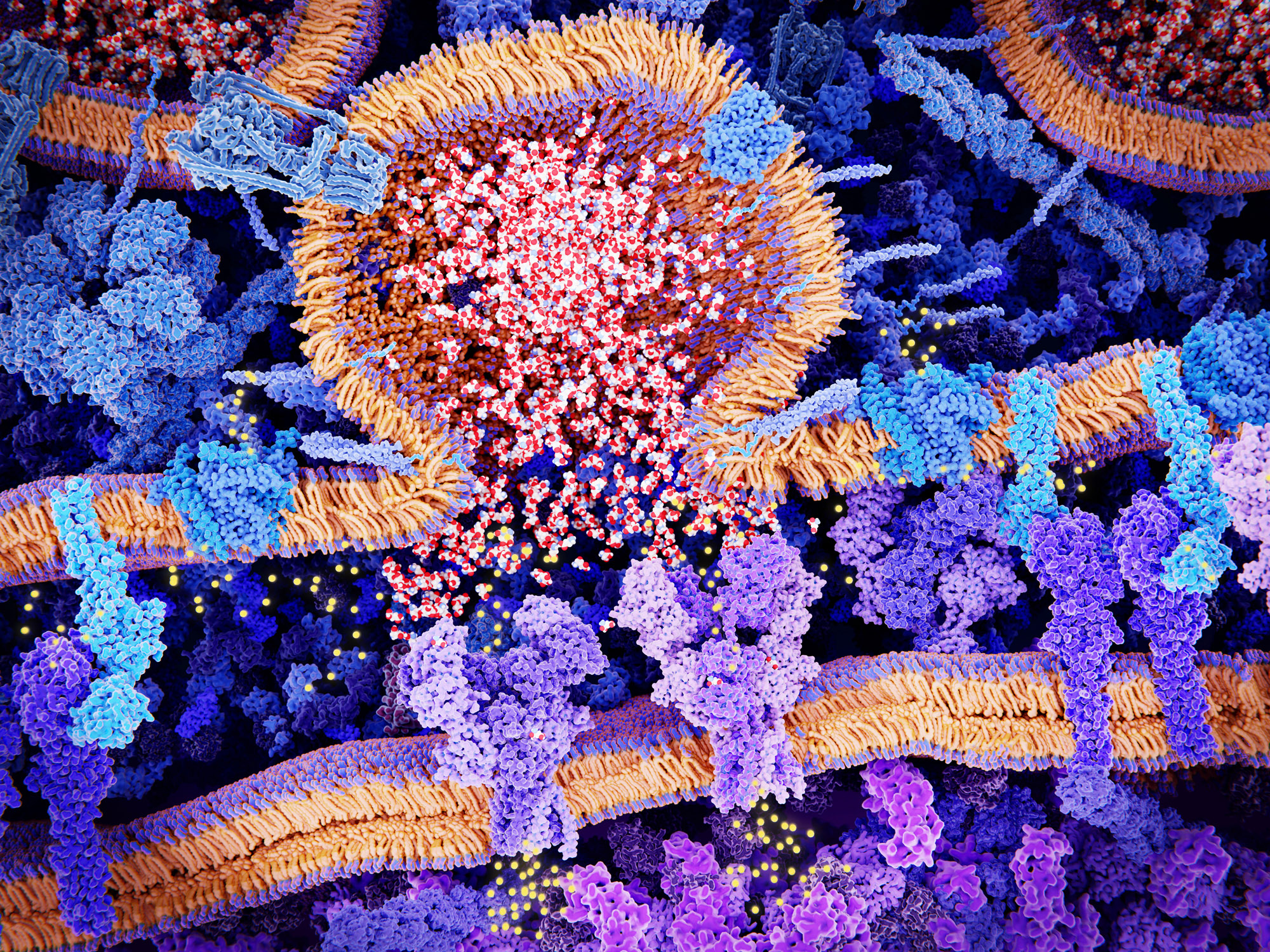 You produce animations as well as images. Is this an area you would like to develop?

I always make an image first and sometimes decide to make an animation from it. It’s a great moment when the animation is rendered; the image comes alive and the camera moves through it exploring the scene.

It has become much easier with time for me to make animations due to the existence of a free render farm called “SheepIt”, where frequently 50+ users collaborate to render an animation. This way the process of making an animation becomes more realistic as the time to render it is accelerated enormously.

What ideas give you the most pleasure to communicate?

The complexity of living organisms. It provides great satisfaction to understand it.

How much do technological developments influence the direction of your work?

Scanning electron microscopy and fluorescence microscopy have decisively influenced my images and animations. Newer developments such as the STED (stimulated emission depletion) microscope, a super-resolution microscope able to resolve structures well below the resolution capabilities of light microscopy, allow the observation in greater detail of molecular organisation in complex biological systems.

It produces amazing images and has already influenced some of my newer animations. It will have a growing influence on my work in the future. 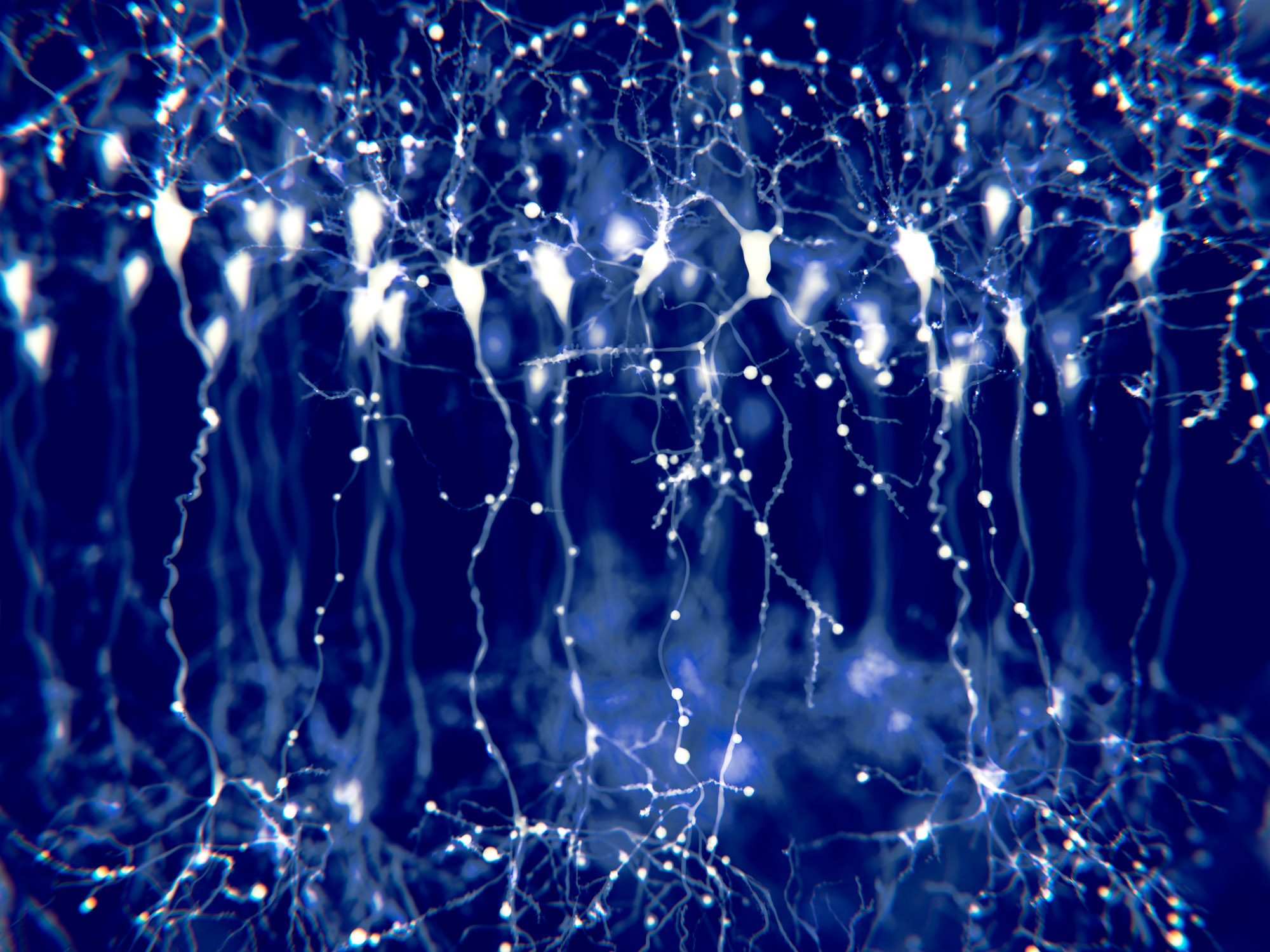 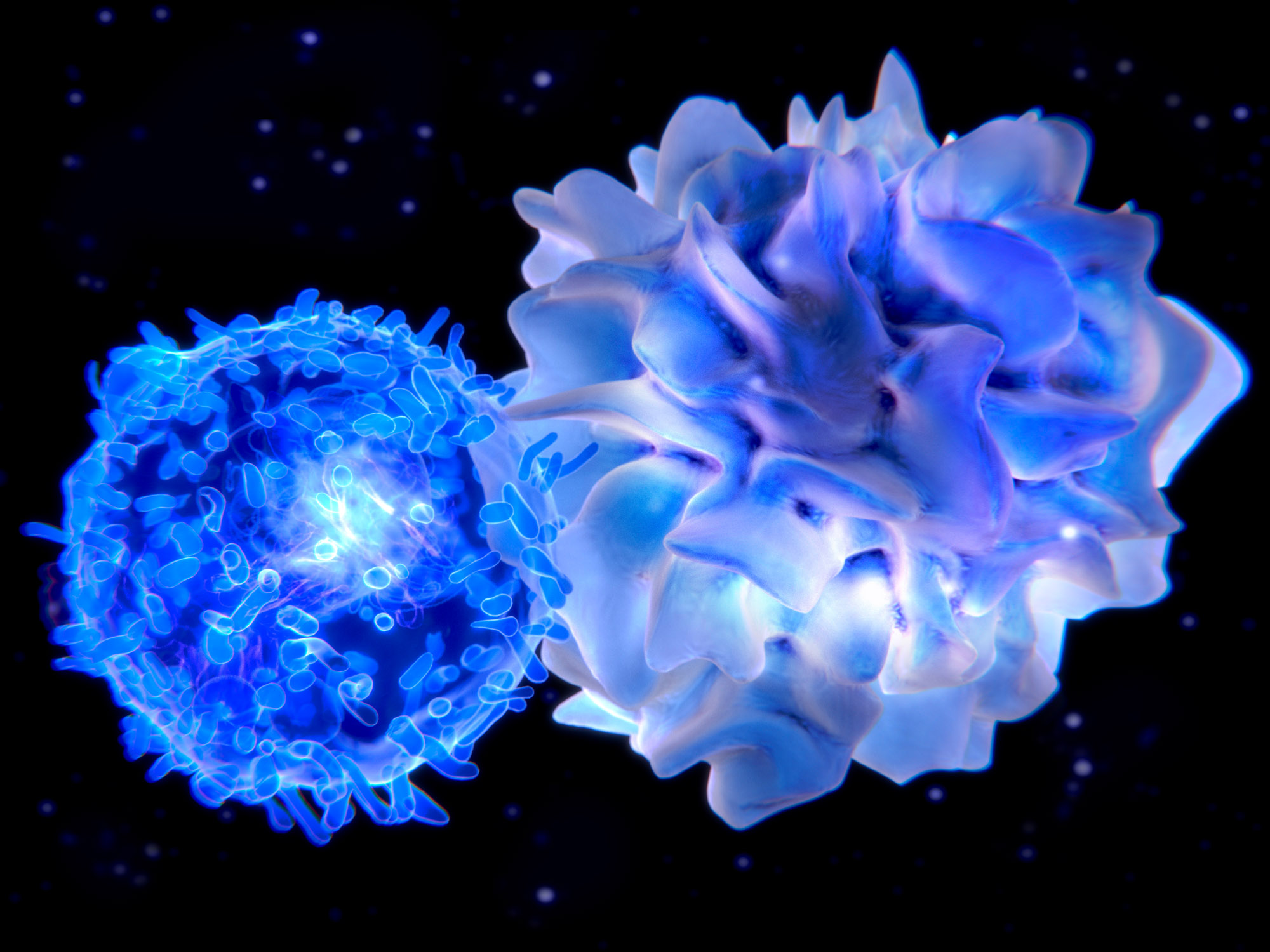 What is your favourite image in your collection and why?

It’s not easy to answer this question but I think the “T-cell and dendritic cell interacting” is the one. It took a lot of time to create.

In the end, I thought I had exactly depicted what I wanted: the almost tender interaction between two cells of our immune system, a dendritic cell presenting an antigen of a pathogenic organism to a T-cell which passes the alarm signal to our immune system to focus on the pathogen.

I also wanted to show the beauty of two cells that are so important for our health.