A Master of Microscopy 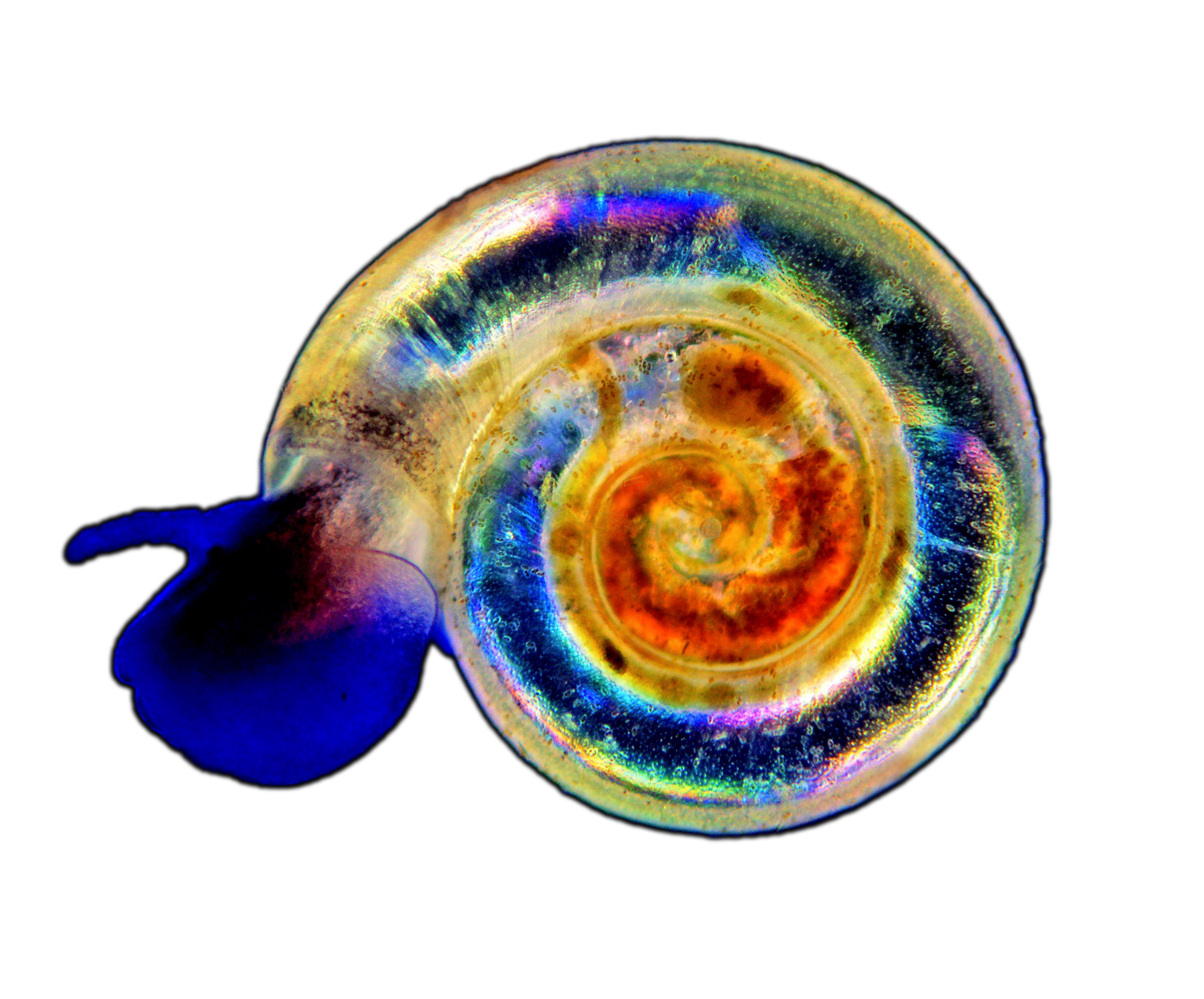 Microscopy for Marek is a lifelong passion and a way to discover infinite new microworlds. He creates naturalistic micro scenes combining several techniques to achieve rich and stunning colours.

His work is greatly admired and he considers it his greatest achievement to be a Master of Microscopy. 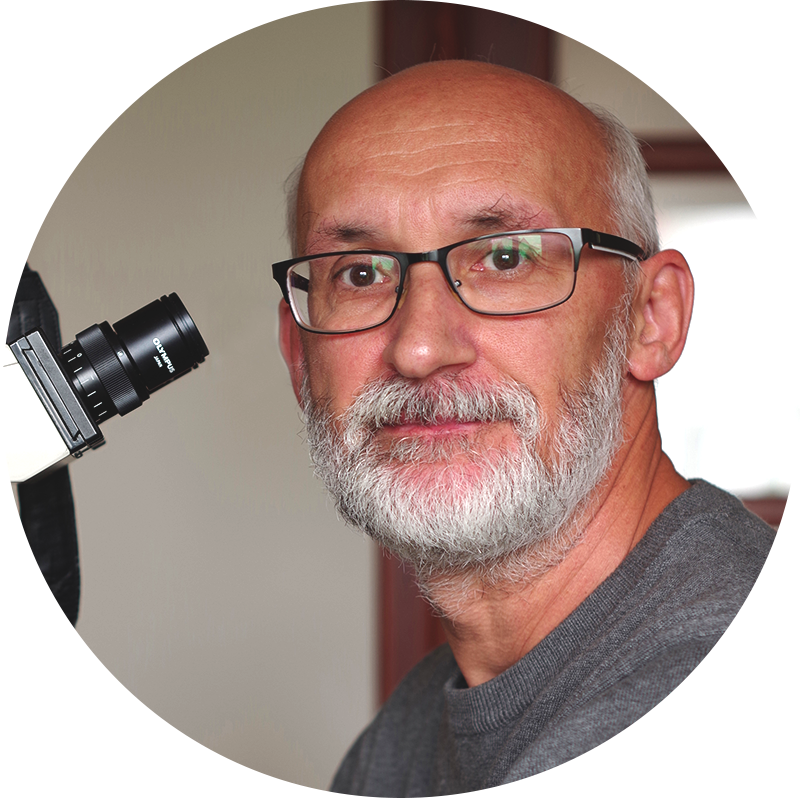 How and when did you become interested in science and microscopy?

When I was about 13 or 14 years old, I came across a book by Paul de Kruif, The Microbe Hunter. After reading it, just like the characters described in it, I wanted to discover a world that I had never seen before. Antony van Leeuvenhoek made a big impression on me. I wanted my own microscope. Just like Leeuvenhoek, I started building microscopes myself and watched everything that I could get my hands on.

At first, just like Leeuvenhoek, I drew a lot of what I saw under the microscope. I still have a lot of these drawings. When I was 18, I was able to get my first pre-owned microscope from my high school. It was also then that I took my first black and white micrographs. As times were difficult in my country, there was not enough money for further photography materials. Therefore, I gave up this type of photography until 2009, when I purchased my first Pentax K10 digital camera.

Since then, the micrographs have absorbed me completely. 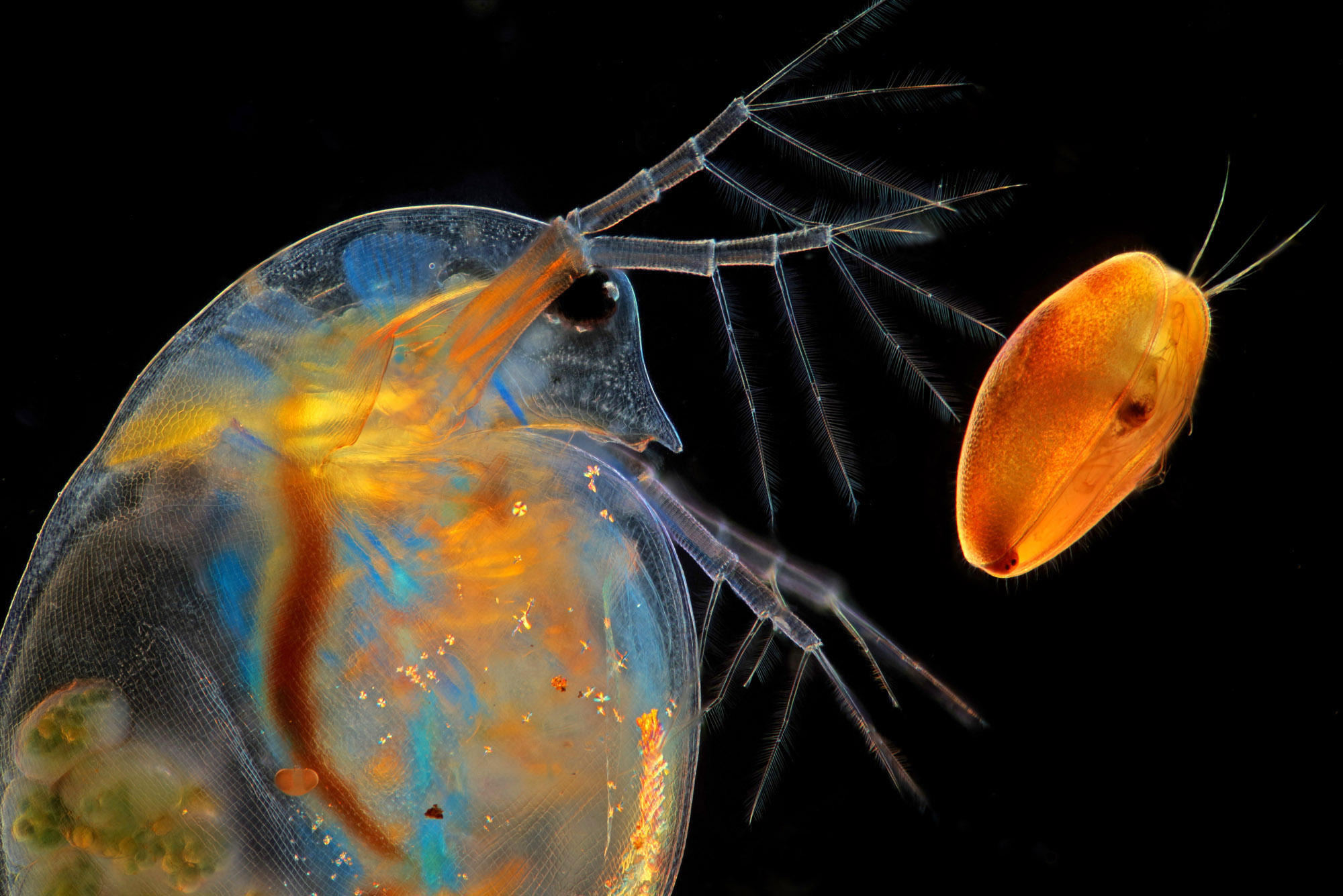 Could you give us some background on your education and training?

I’m not a scientist. Although I graduated in biology from the Nicolaus Copernicus University in Toruń, I have never worked as a scientist. However, biology has always been my passion.

When I was a student, I was more interested in the world of insects, especially butterflies. Strangely, I forgot about the microscope, even though I attended classes in, for example, hydrobiology and plant anatomy.

What led you to pursue microscopy as a major occupation in life?

Microscopy and microphotography are not my profession. They are my passion. But I do spend a lot of time on it now.

The fact that I do it results from my passion to discover new worlds. The microscope opens the door to a completely different world and dimension. I enter it by looking through the eyepieces of the microscope. This experience gives me great satisfaction, joy and total peace.

In addition, the microworld has so many areas to explore that I am still discovering something new. It is like an endless adventure. 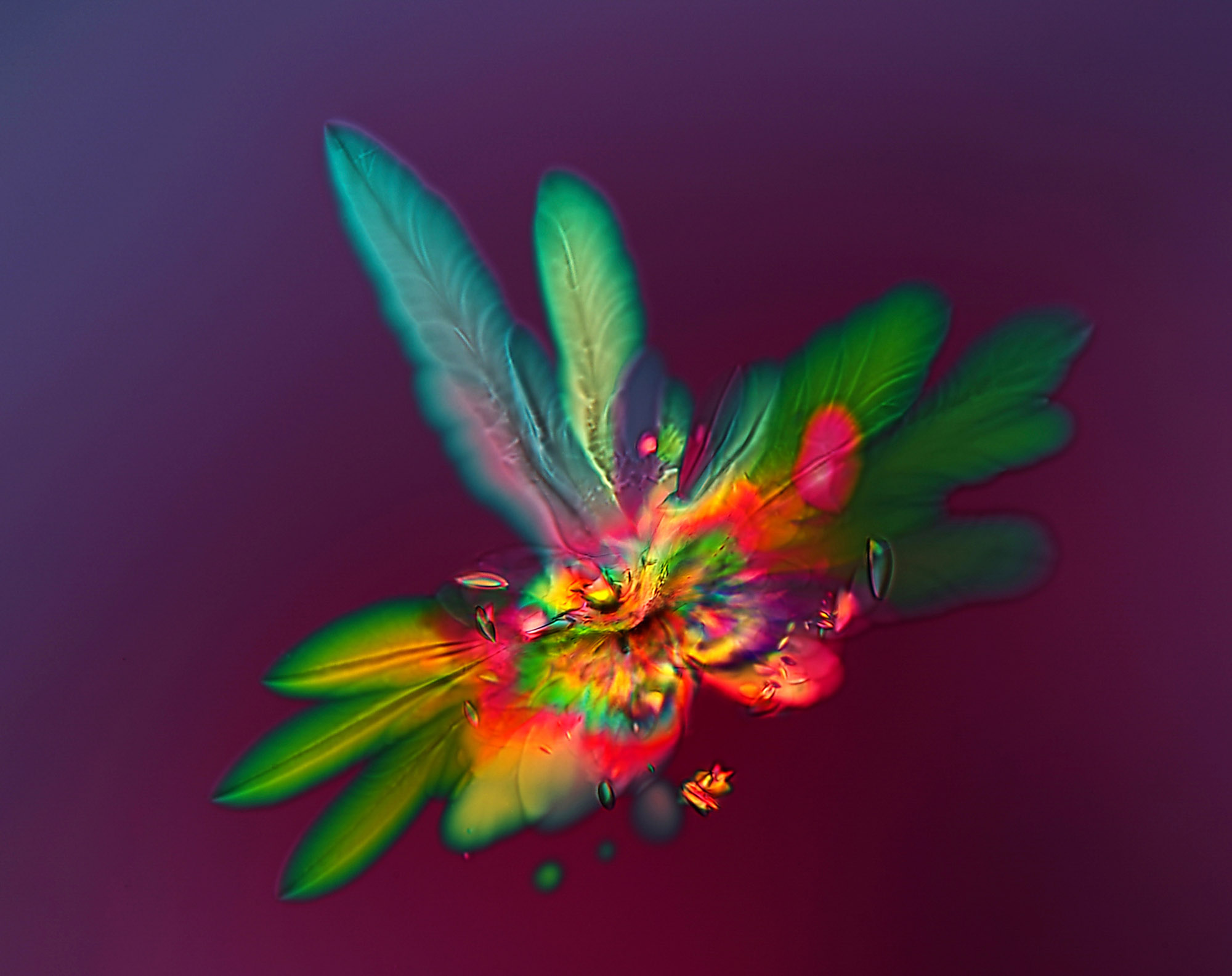 As a freelance microscopist, you work with different client types (e.g. agencies, corporate museums…etc.). How challenging was it to build such a network?

It was not so difficult, as these clients contacted me when they found my work on the Internet.
For example, Science Photo Library approached me after I was 6th in the Nikon Small World competition (2012).
Others found me on the web looking for specific photomicrographs. 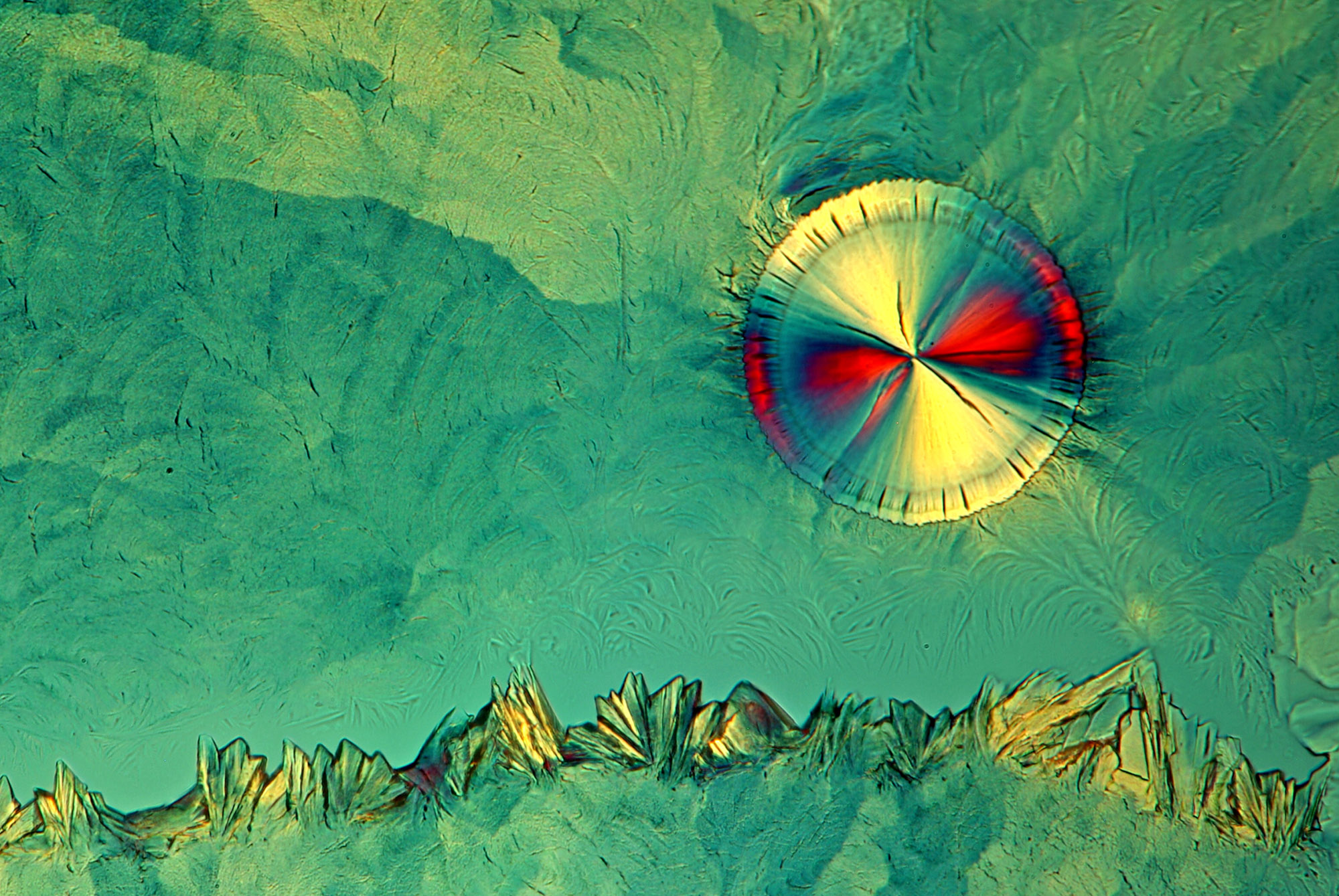 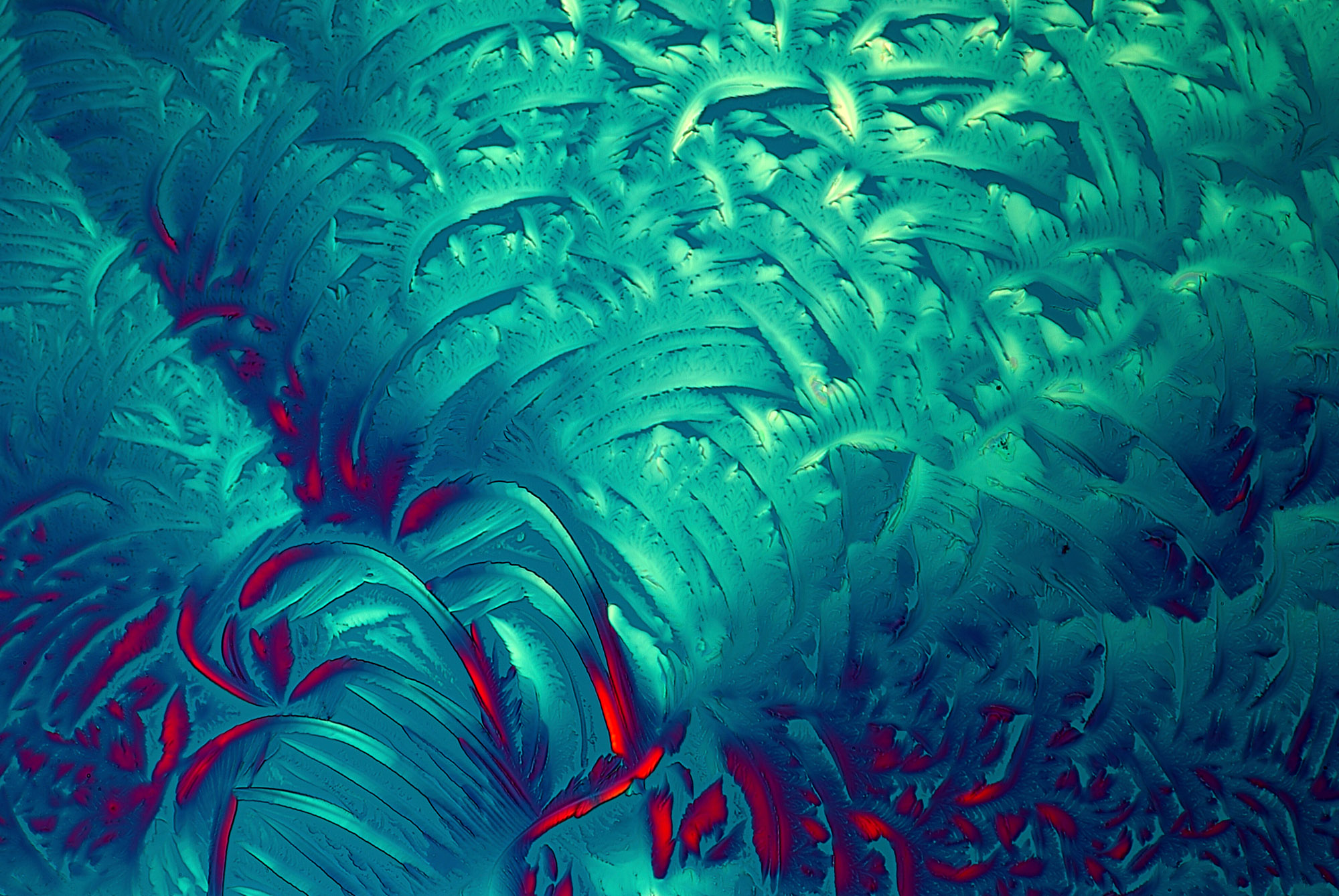 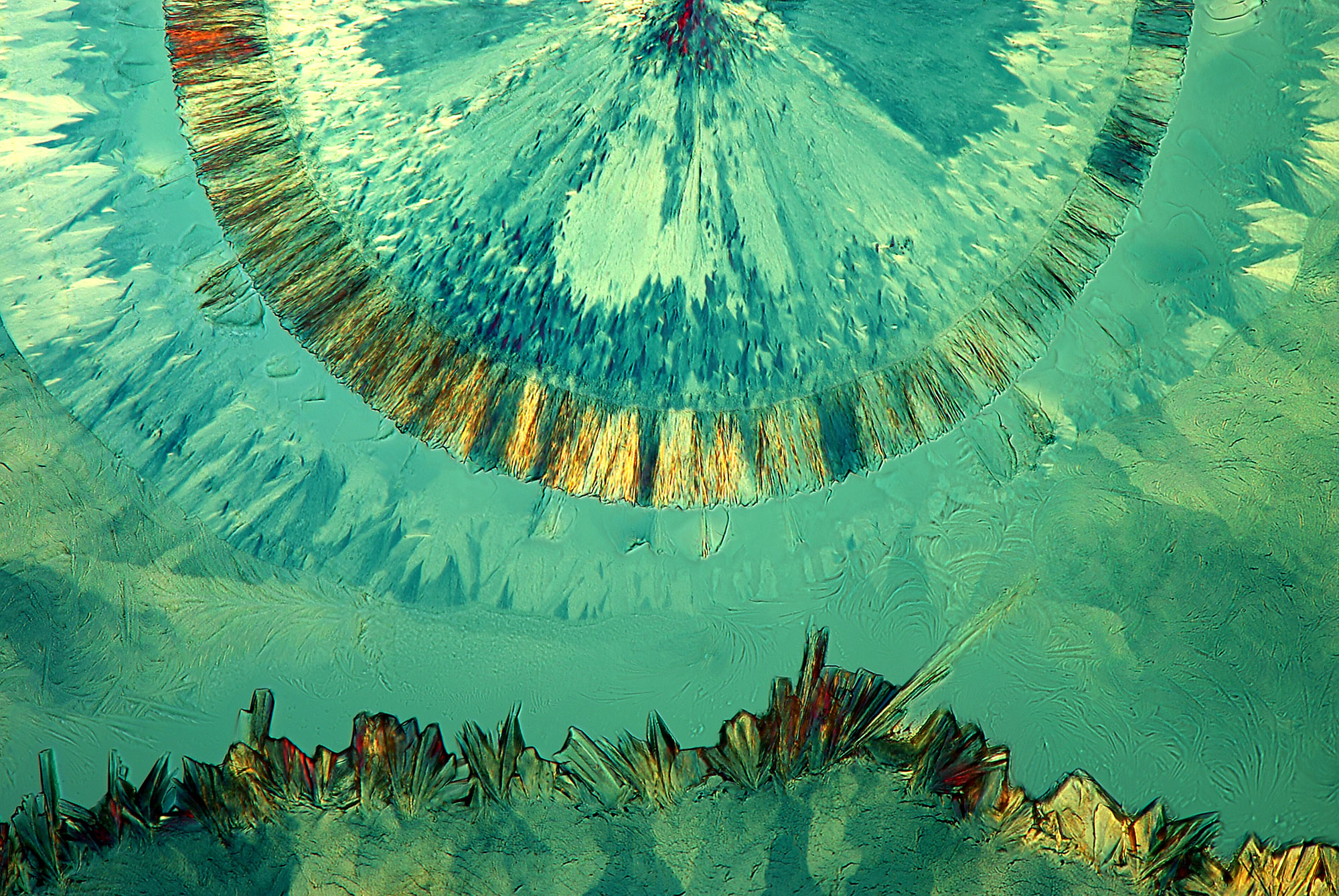 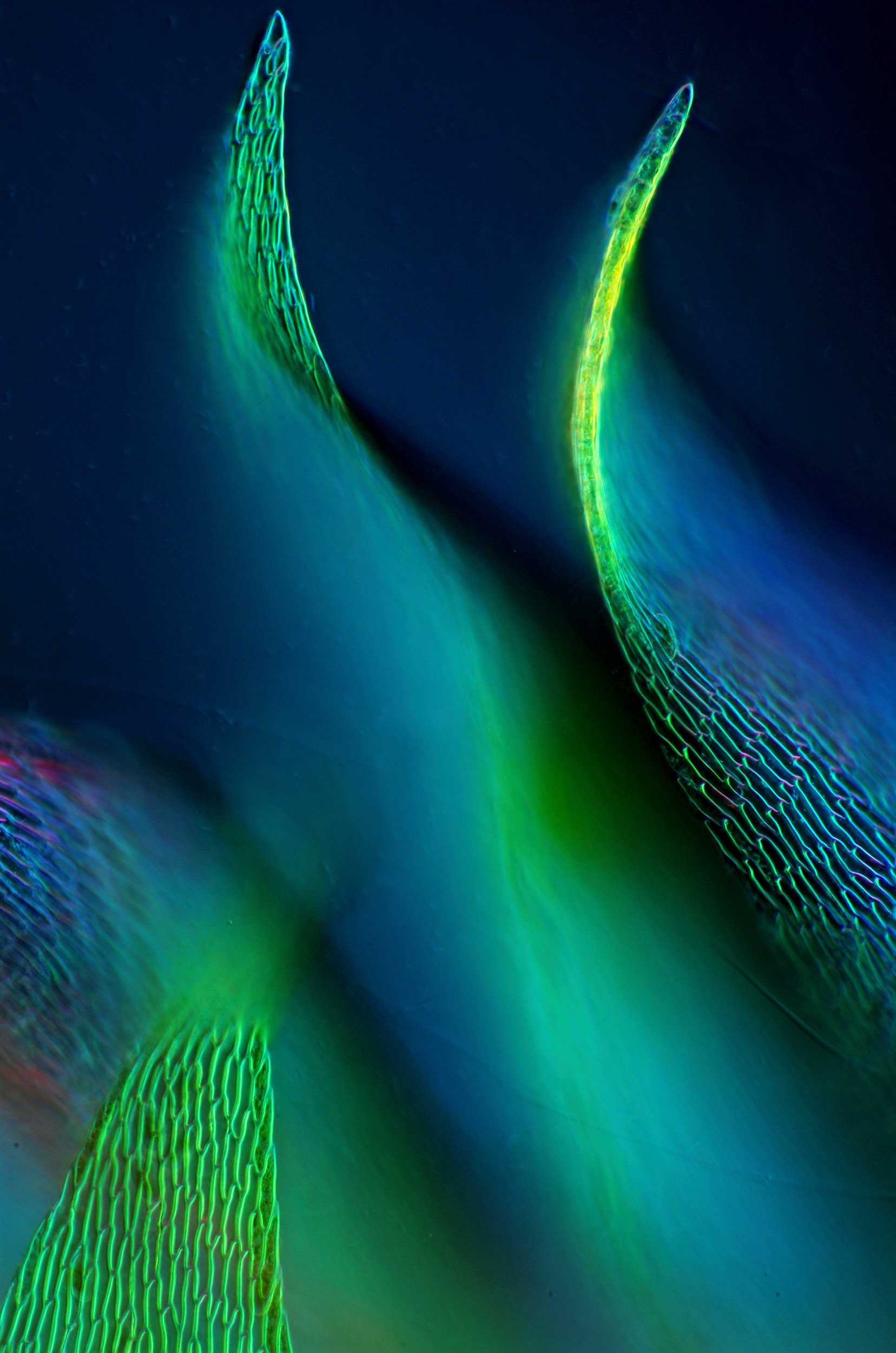 When did you realise that your images had a commercial value? How did you build a business around it?

I realised it for the first time when I illustrated my articles in various magazines with my micrographs. I received additional fees for the photos. Also, from time to time people were interested in purchasing prints of my photomicrographs. This is how it all started.

This is a very niche field of photography and you need to find the right client for it. Sometimes I sell my photos, especially those with a decidedly artistic character, to individual clients in the form of prints for their home or office.

I also get commissioned for specific projects, such as Vitamin B3 photographs for Procter & Gamble.

What is it about microscopy that holds your fascination?

The microscope is a tool for entering another dimension.

There is not one microworld, there are infinite microworlds. I am not only fascinated by discovering their secrets, but it is also important to me how I capture them and show them to others.

It is the depth of these worlds, combined with the use of various lighting techniques, that offers great creative possibilities. It is this that prevents my fascination with microscopy from fading. 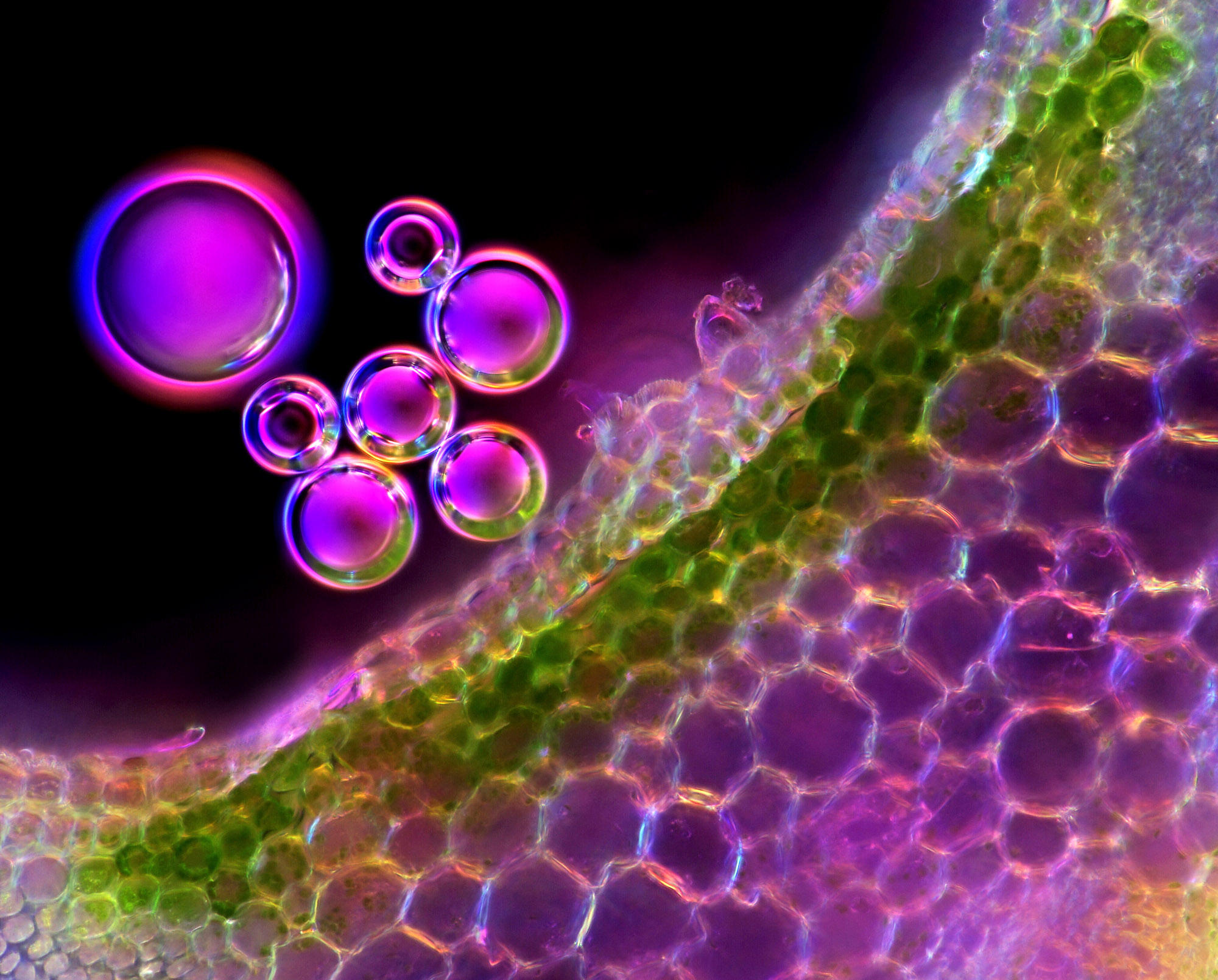 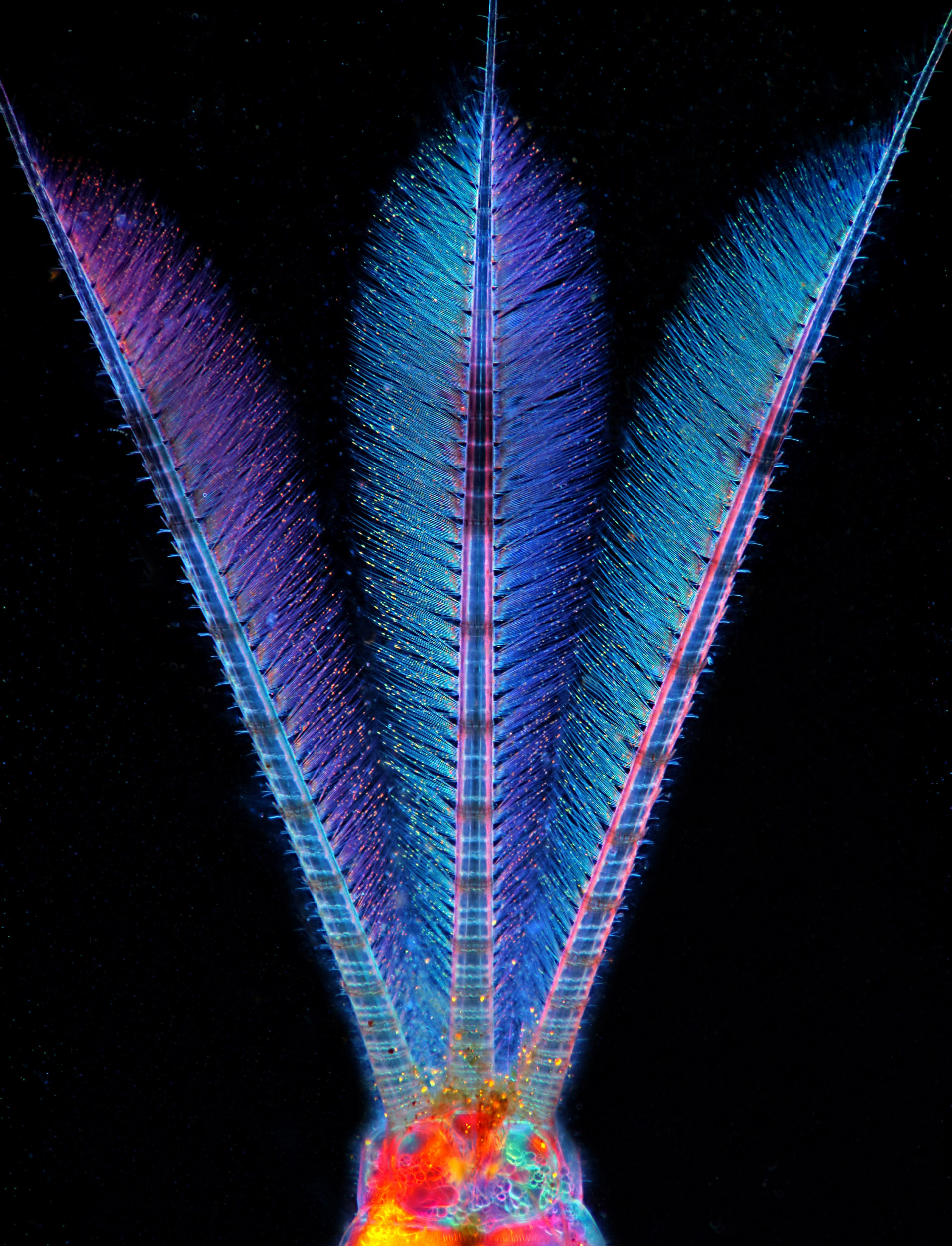 Your work is very artistic. Could you tell us how you create and capture these naturalistic microworlds?

That’s true. I probably have an artistic soul (hahaha). This is what others say. I’ve also been told that I have my own style and when looking at my micrographs, they don’t have to see the credit to know they are mine 😁. I think this is the greatest compliment.

When I am taking photos through a microscope, I want to make sure that they are also beautiful, not only a documentary record of what I see in the moment. As well as appropriate framing and care for the balance of motifs in the frame, I aim to show that the microworld does not have to be boring and almost monochromatic.

To achieve this, I use various lighting techniques such as polarization, darkfield, DIC and Rheinberg lighting. I also like to combine several techniques, to give richer and often surprising colours. The microscopic image is usually characterized by relatively low contrast. I slightly increase the contrast during subsequent processing. I never change the original colours, only slightly increasing the contrast. I also clean any dirt coming from the sensor.

When I photograph microorganisms, I try to capture them along with a small part of their natural environment, such as a fragment of a plant or some mineral particles. I do not like photos of completely isolated microorganisms, although I know that such photos are more in demand by potential clients.

You’re well known for your rich colours. What is it about your technique that produces this stunning effect?

I use various illumination techniques, especially polarized light and dark field. I love using them together.

This combination often produces stunning effects. The richness of the colours is almost unlimited. I use homemade compensators made of pieces of transparent plastic foils from various packagings, such as CDs, magazines or cellophane.

I also use more than one compensator to get just the colour I need. 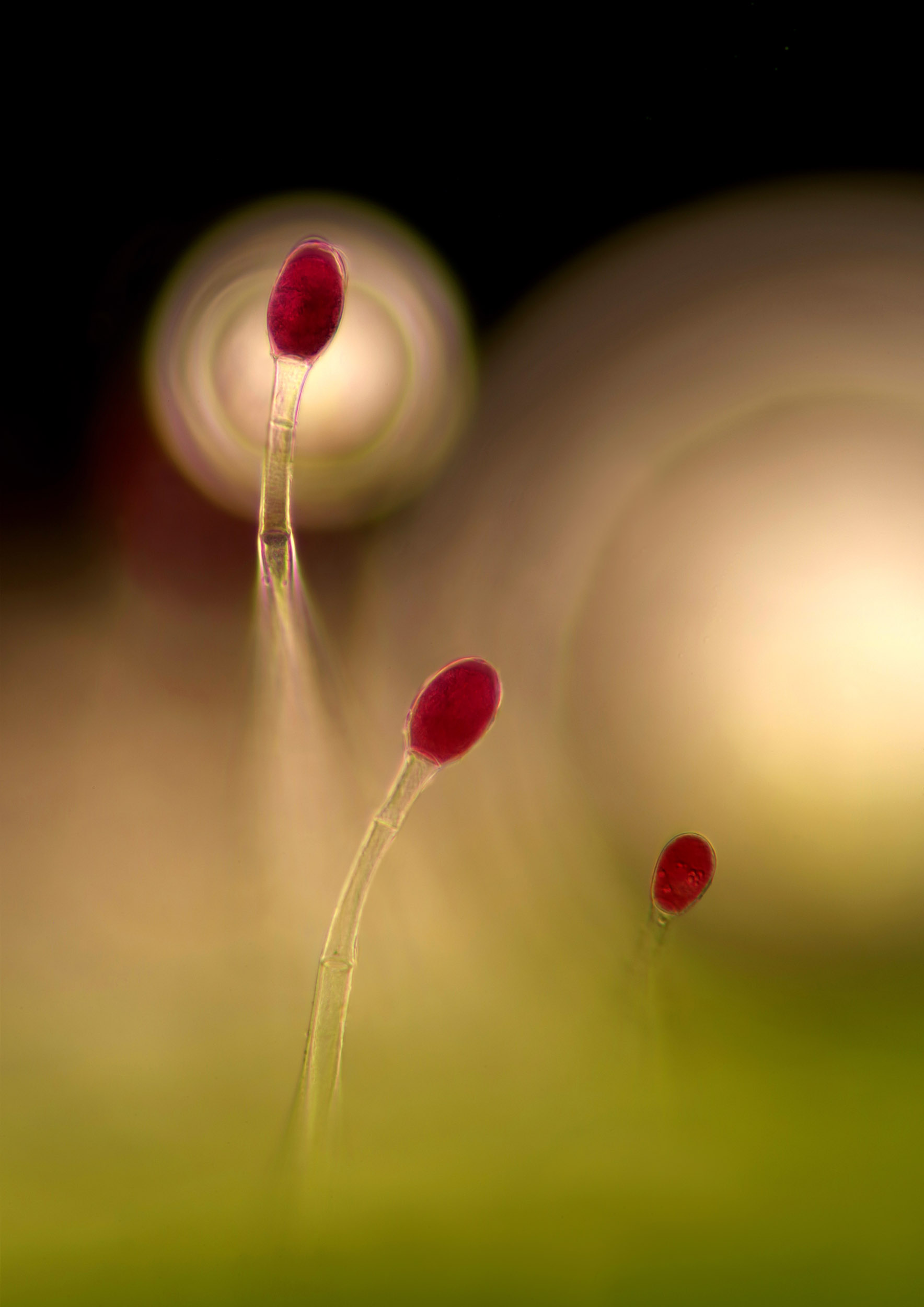 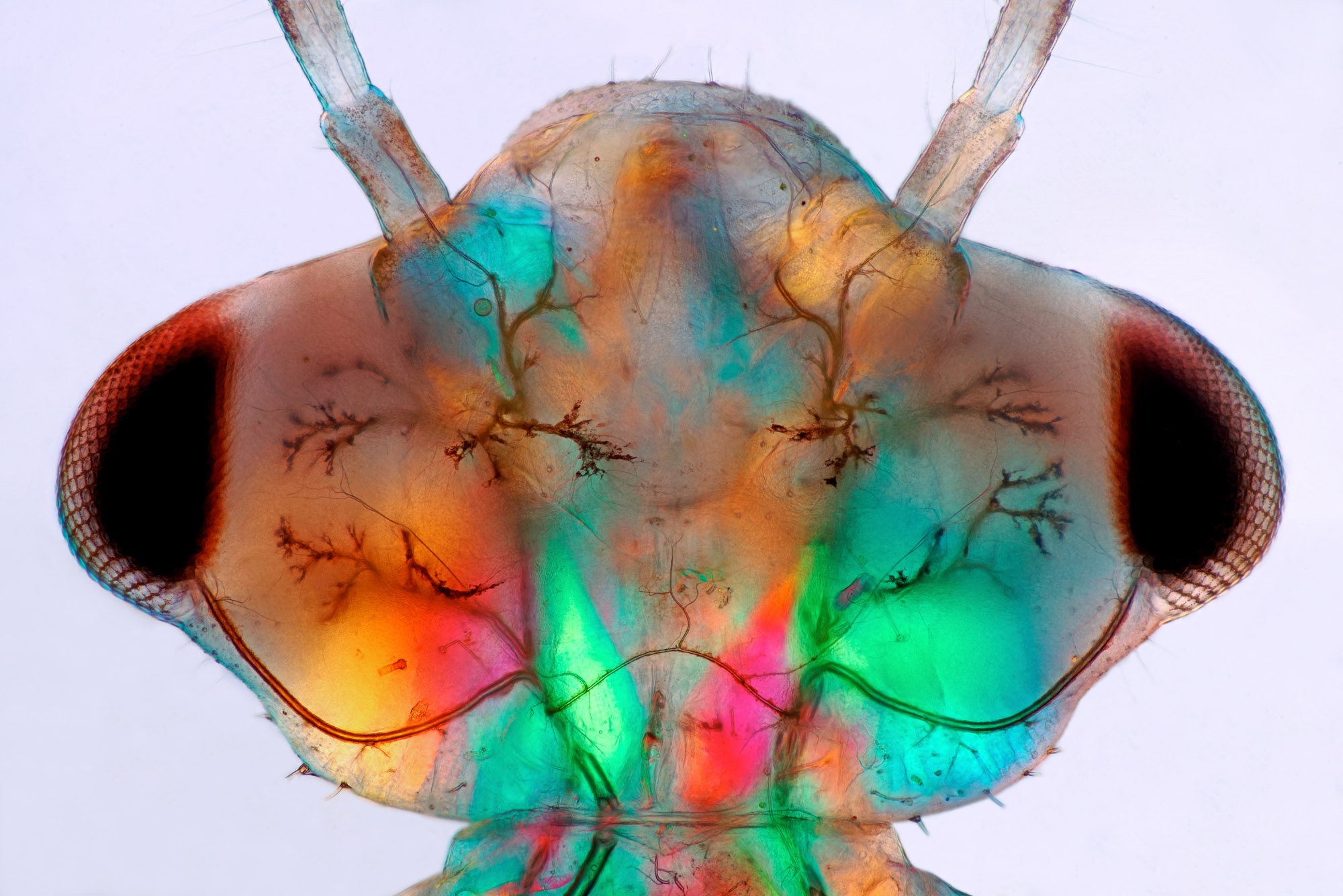 Do you consider your work art or science?

I try to make my photography both. Photomicrography, especially when it comes to living organisms or plant tissues, plays a large scientific role, showing biological structures or processes that are invisible to the naked eye. As a biologist, I like to photograph strictly biological objects.

Observing living microorganisms or admiring, for example, the complexity of plant structure, gives me great satisfaction. But I must admit I enjoy photographing various recrystallized substances more. This kind of photography allows more creative freedom. Then I am definitely not a biologist, but an artist. Therefore, I cannot answer this question unequivocally.

I think that in my photography I combine art with science whenever possible.

What is it about microscopy that is so fascinating to the public?

I think it is fascinating to see something different from what we see every day. For people who are not experts, it may be difficult to understand many images. Nevertheless, if these images successfully combine scientific and artistic aspects, people are charmed by them even if they do not necessarily realise what they are seeing.

People are most impressed with microscopic images of objects that they have never seen under such magnification before, such as a bird’s feather at 100X magnification, crystallized vitamin C or plain salt. 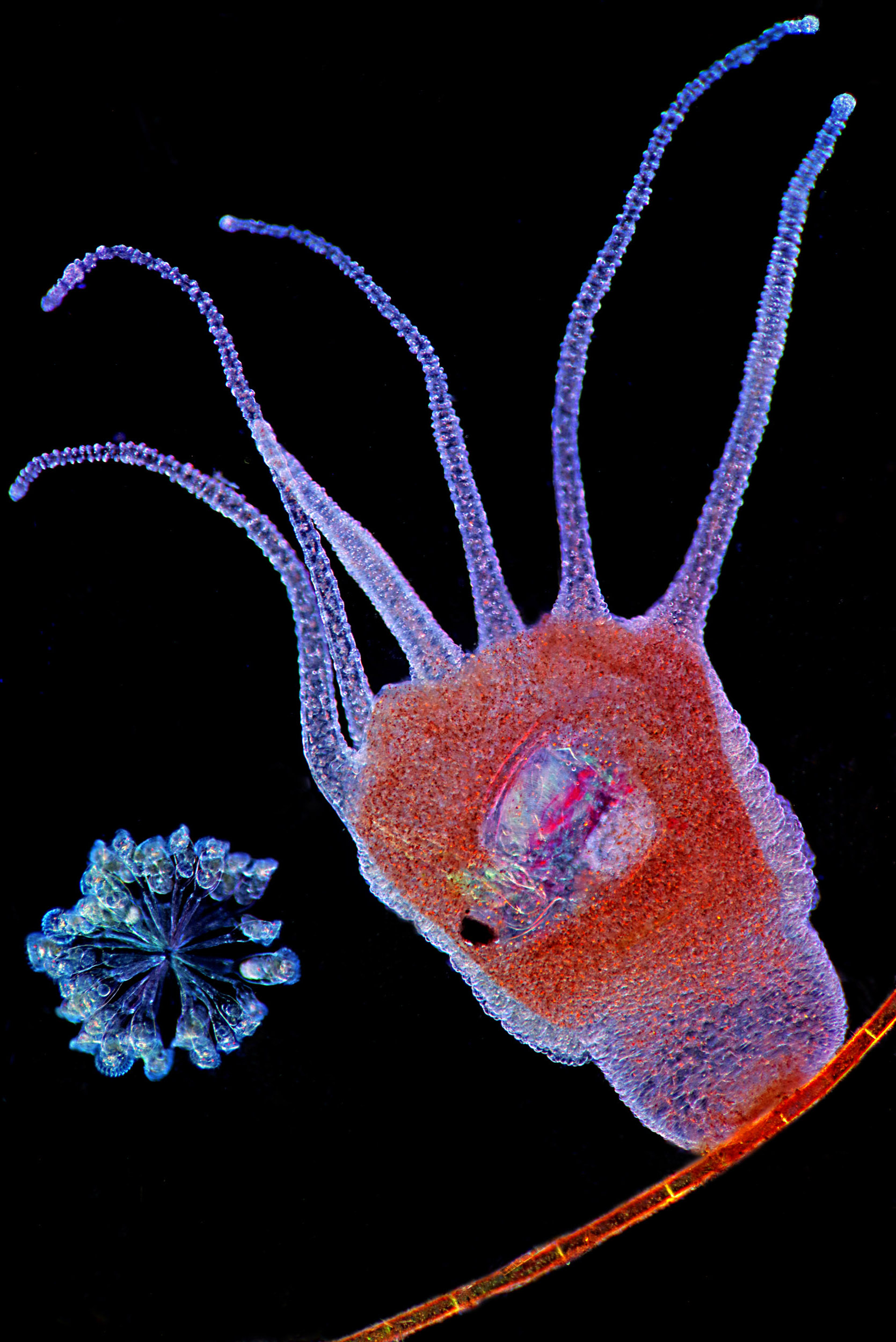 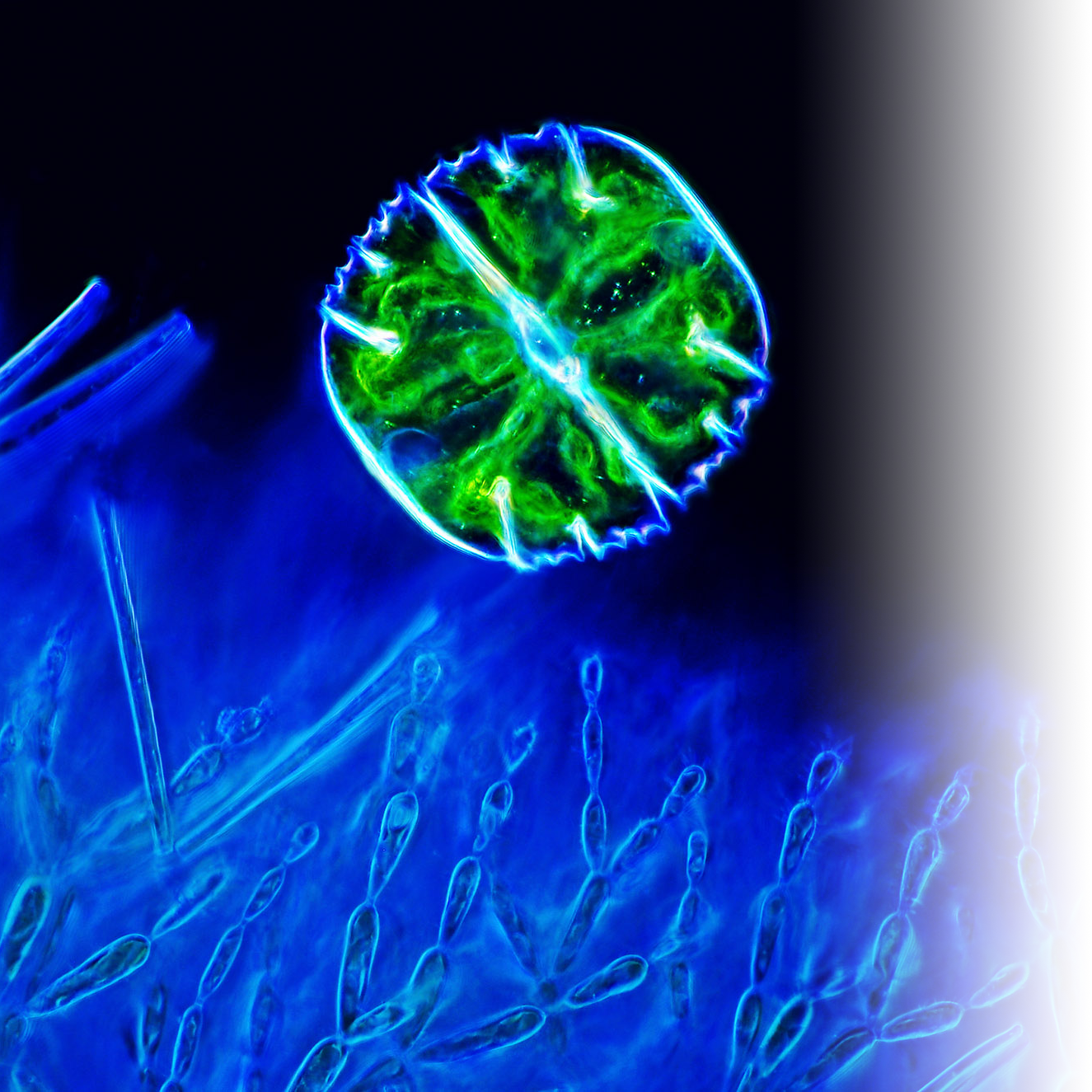 What is the highlight of your 40-year career in microscopy?

There are some important moments when it comes to my passion for microscopy and micrographs. These include high placings in competitions in this field of photography and commissioned work. Another highlight was publishing a book on micrographs and macro photography in 2015.

The most important achievement was being the third person to be honoured with the title of Master of Microscopy by Nikon Small World. This is the crowning glory of my career. Competitions may be won or not, but being one of the Masters of Microscopy is permanent. Something that will remain forever even when I’m not there to participate in any competitions (hahaha).

What is your favourite image?

I don’t have one favourite photo.

I take many photomicrographs of very different objects, which I broadly divide into several categories: microorganisms, plant tissues, air bubbles, crystallized substances, sand and parts of invertebrate bodies. In each category, I have my favourite photos, but choosing my absolute favourite is still quite difficult.

But ok, here are a few examples, although I could choose many more ;-). All of these images remind me of objects from our normal big world. 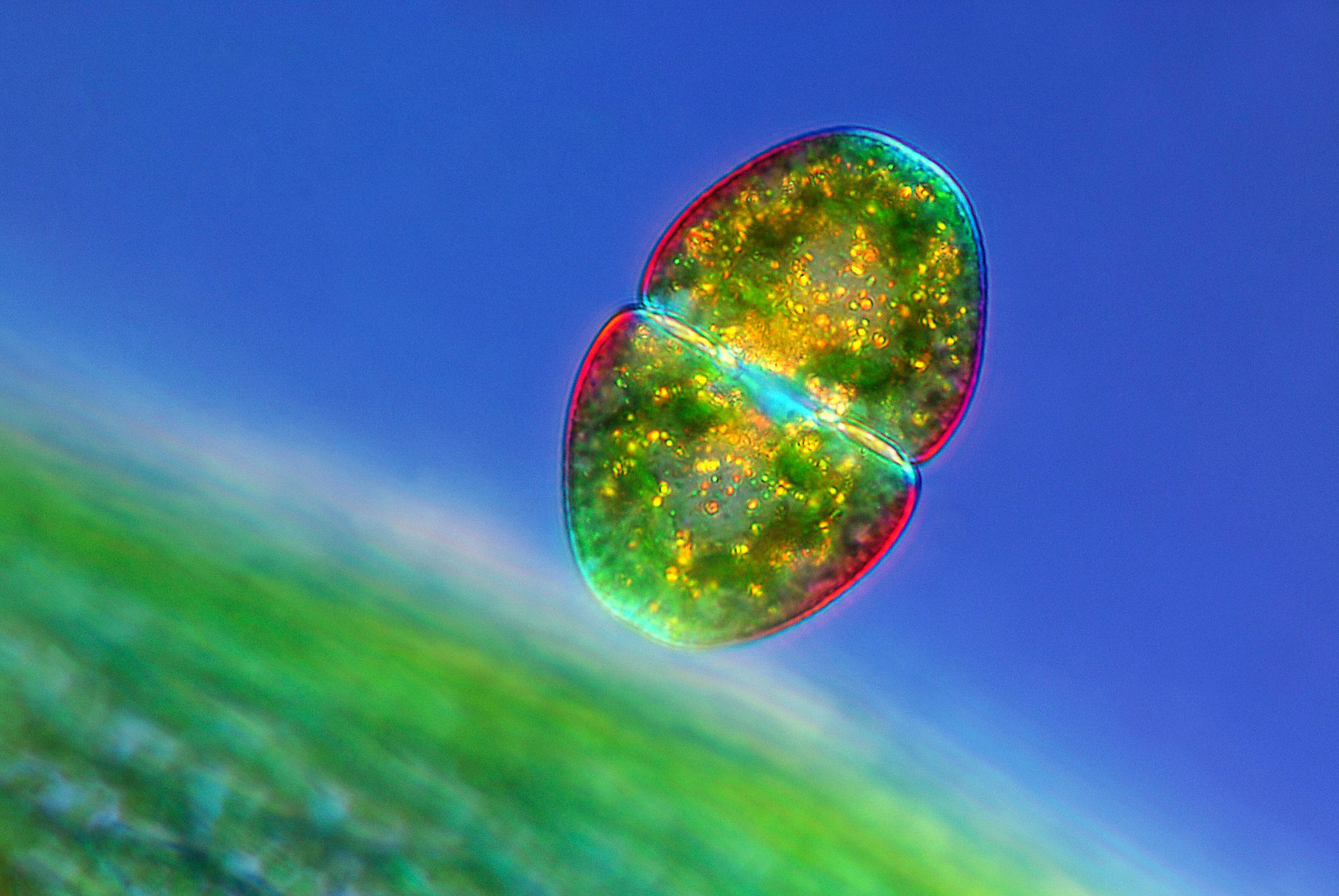 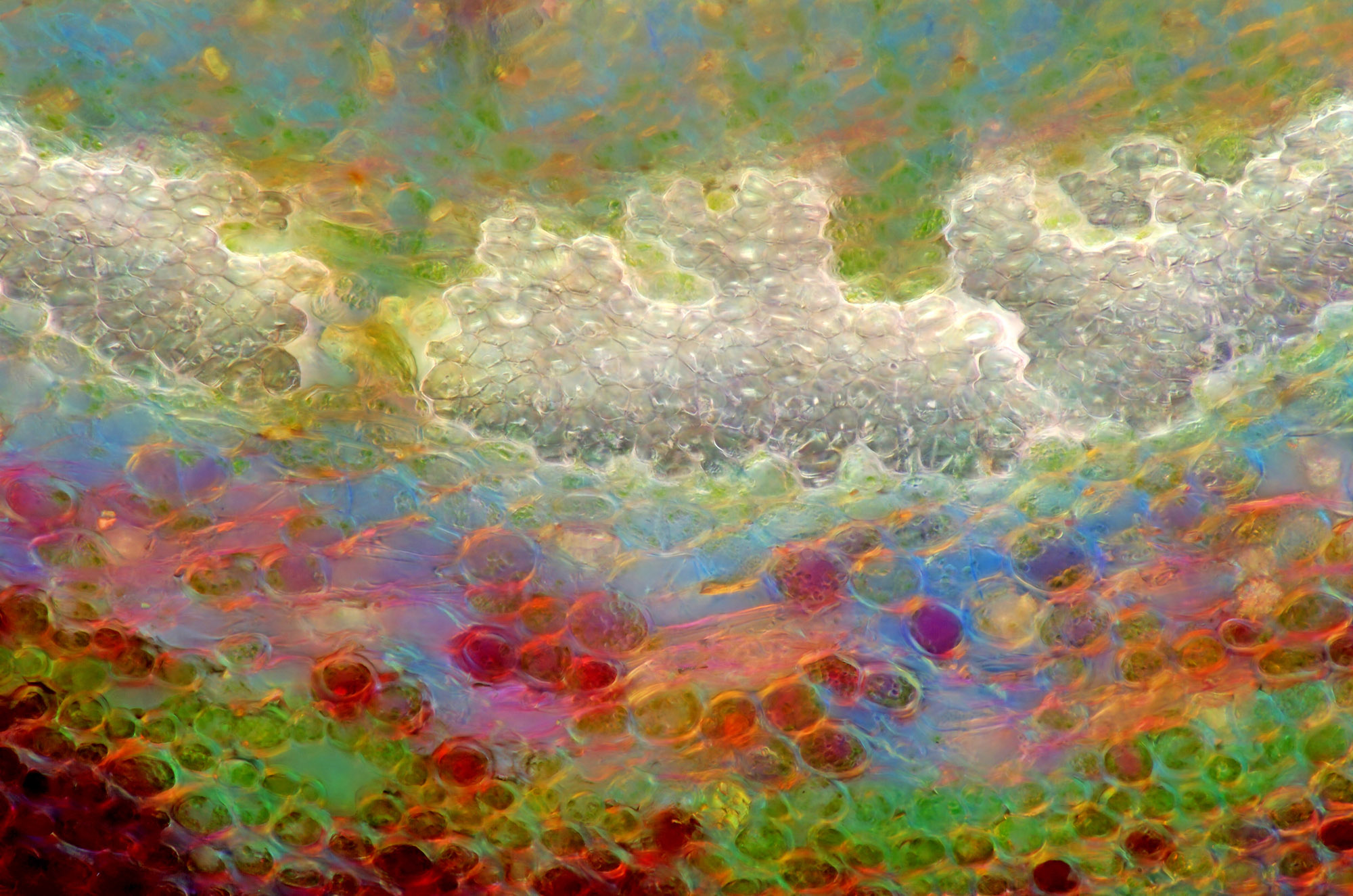 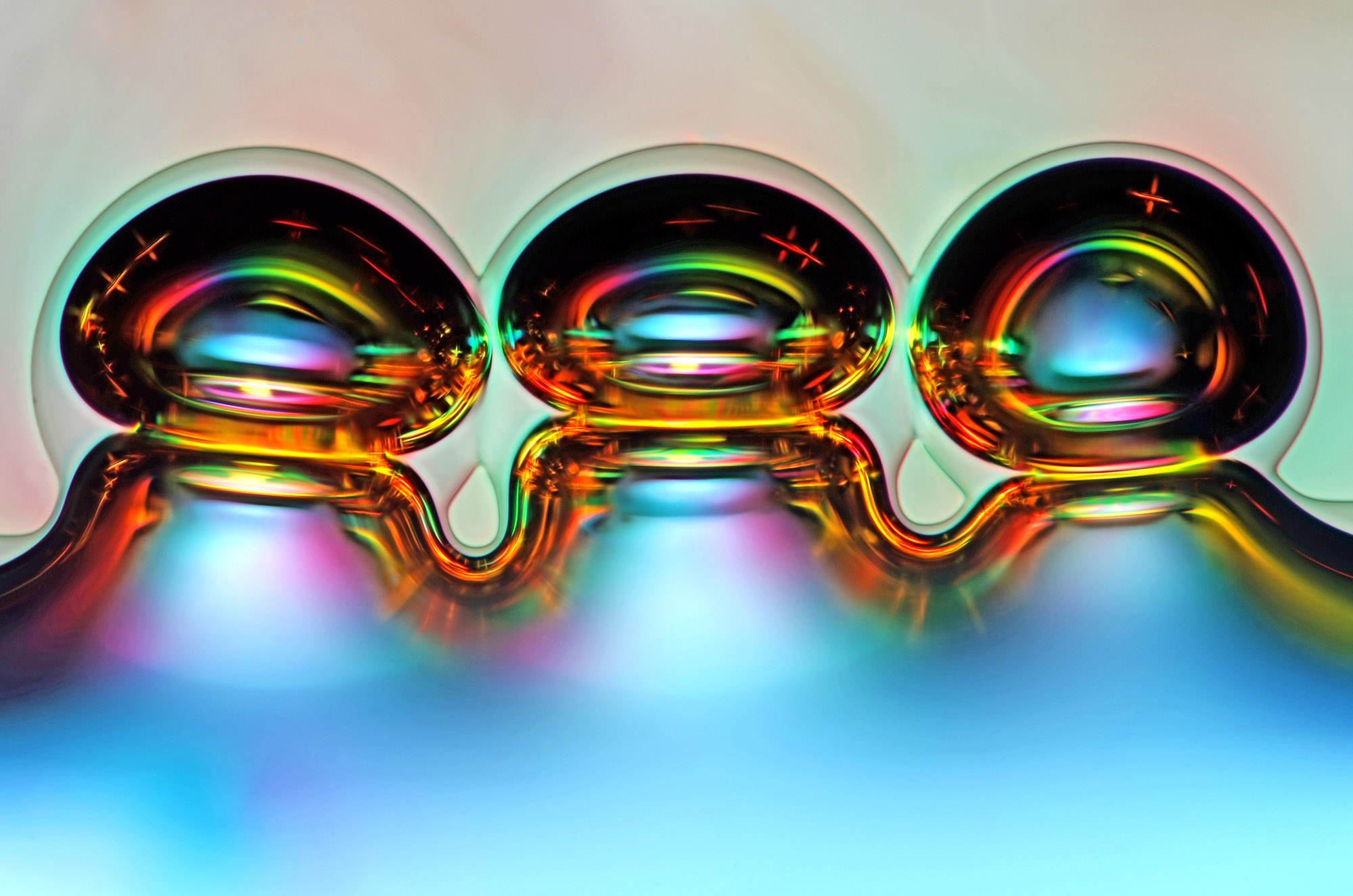 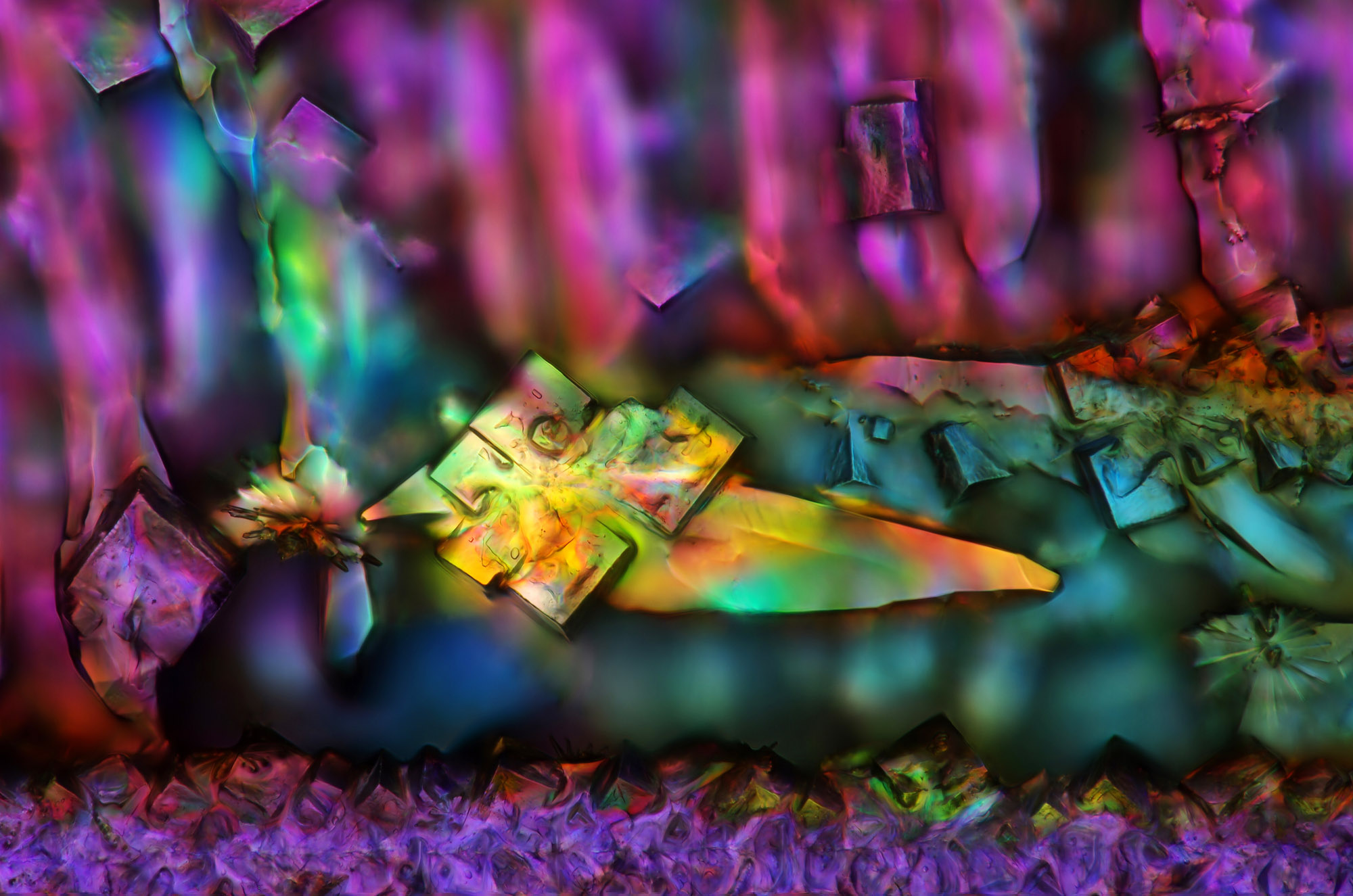 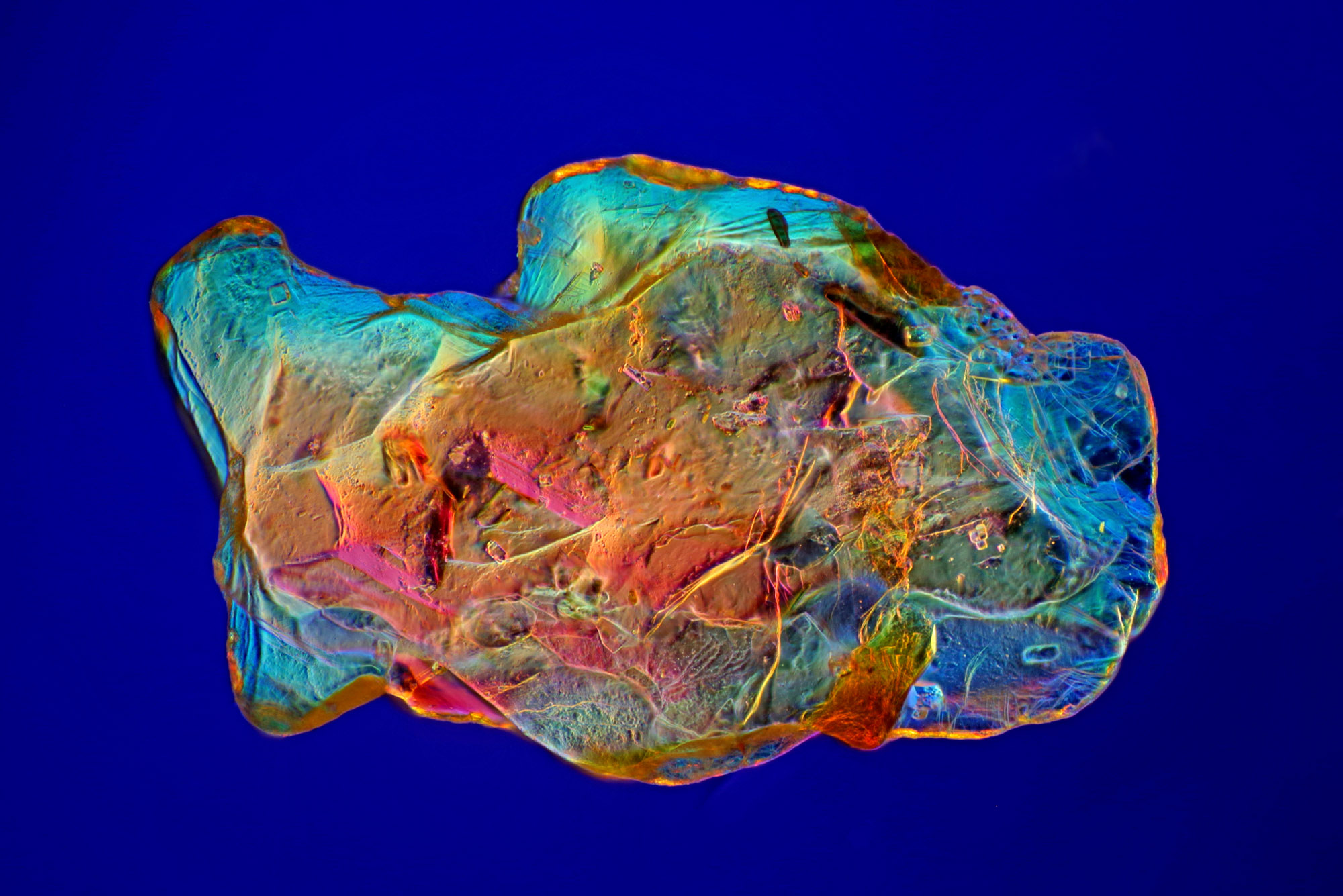 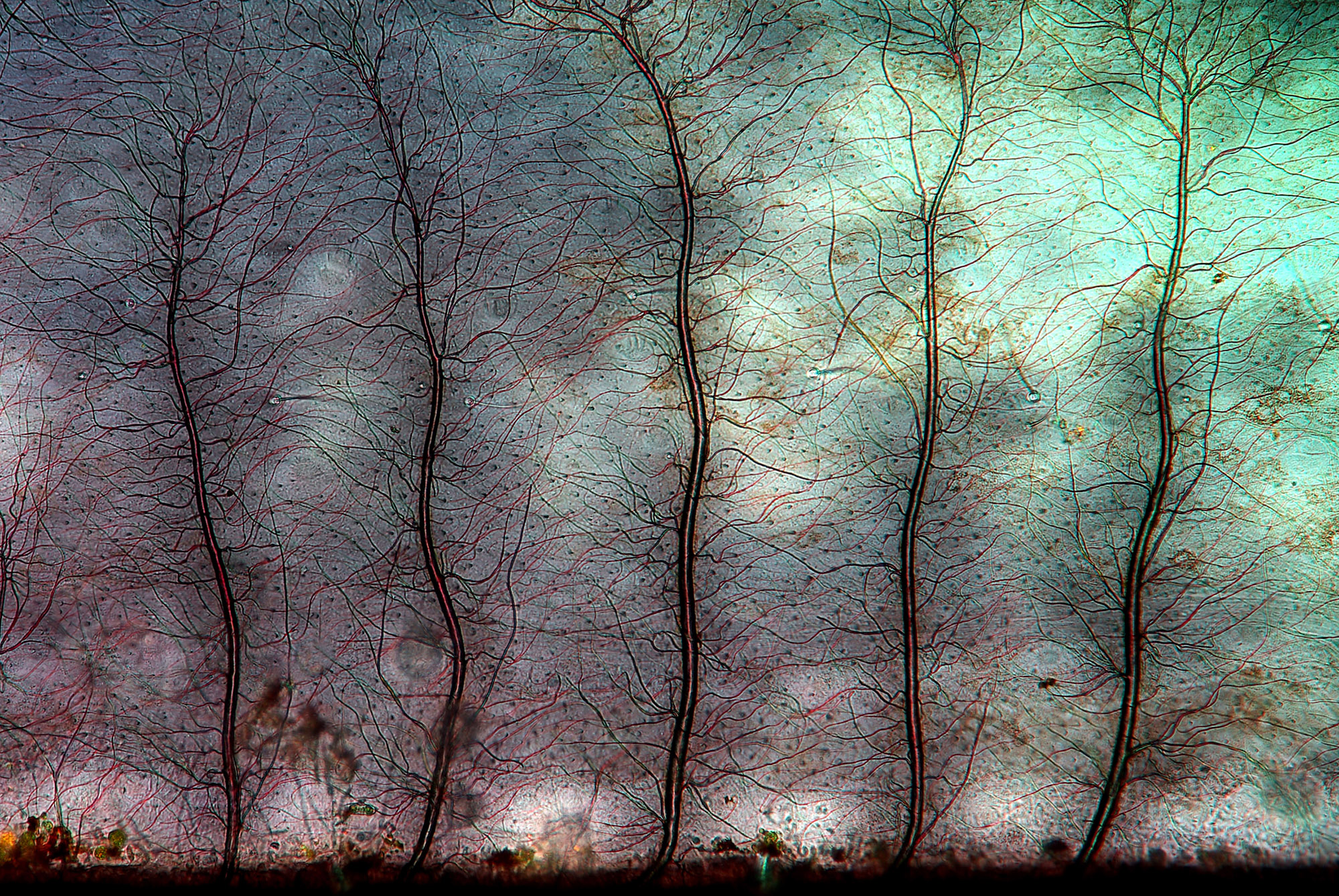